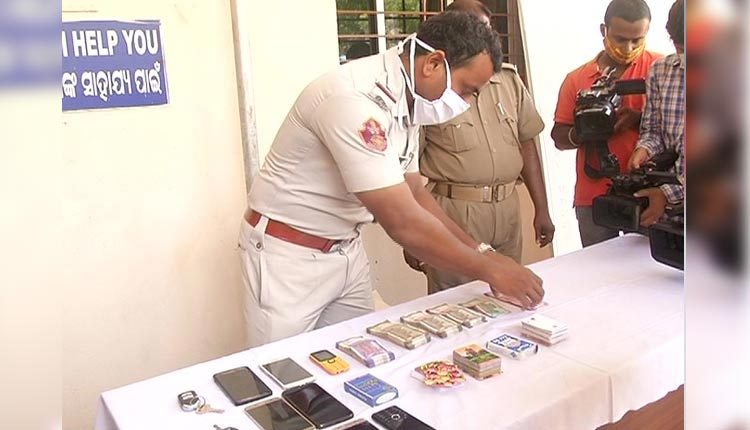 Bhubaneswar: The desire to become ‘crorepati’ overnight landed several businessmen, contractors and a student behind bars following a raid by Commissionerate Police on a high-profile gambling racket in Bhubaneswar.

As per reports, nine persons including five contractors, three businessmen and a student have been arrested during the raid conducted on a hotel located at VIP colony area under Nayapalli Police station.

The raid was conducted at around 10:30 PM yesterday and continued till 1 AM, senior police officials said adding that three SUVs, Rs 1.53 lakh cash, eight mobile phones and four packets of playing cards have been seized from the spot.

All the accused have been booked under section 269/270 of IPC, section 3/5 of Odisha Prohibition of Gambling Act and 3(B)(1)Epidemic Disease Act.

Senior officials of Commissionerate Police informed that all the accused have been produced before the court and the hotel agreement is being reviewed to ascertain the complicity of the owner.

More Stories On Gambling In Odisha:

Over 300 Arrested After Crackdown On Gambling Dens In Odisha