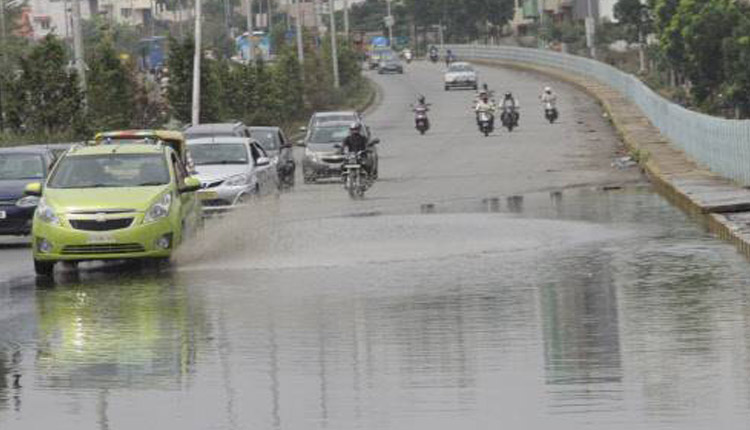 Bhubaneswar: The Regional Meteorological Department here has issued a yellow warning for several districts of Odisha, forecasting spells of rainfall accompanied by thunderstorm and lightning.

SRC stated that a few places over the districts of Dhenkanal, Koraput, Angul, Keonjhar would witness thunderstorm with lightning and light to moderate rainfall with one or two spells of intense rainfall. This apart, showers will continue at one or two places over the districts of Kalahandi, Sambalpur, Jharsuguda, Sundargarh, Balasore, Mayurbhanj, Boudh, Deogarh, Kandhamal, Ganjam, Gajapati till 7 PM today.

Further issuing a yellow warning till 8:30 AM tomorrow, the Met Centre has forecast heavy rainfall at one or two places over the districts of Jagatsinghpur, Kendrapara, Puri, Mayurbhanj, Kalahandi, Bolangir, Bargarh, Boudh, Kandhamal, Koraput.

This apart, thunderstorm with lightning is very likely to occur at one or two places over the districts of Kalahandi, Kandhamal, Boudh, Angul, Dhenkanal, Cuttack, Khurda, Ganjam, Keonjhar, Mayurbhanj during the same period.

Read: Another Low-Pressure Likely Over Bay Of Bengal Around August 9