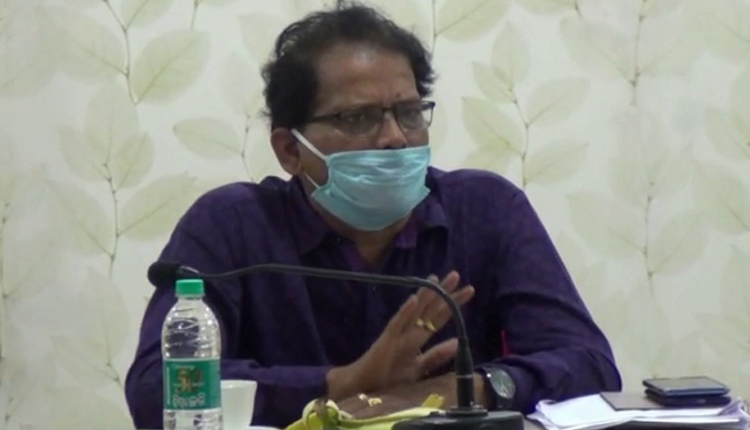 Koraput: With forecast of heavy rainfall in Koraput on October 19 and 20 under the influence of another probable low pressure over the Bay of Bengal, the district administration has been put on high alert to tackle any emergency situation.

A preparatory meeting in this regard was held under the chairmanship of the district collector Mudhusudan Mishra on Saturday. The Collector has directed all officials and employees to stay vigilant and cautious in view of any emergency situation due to rainfall during next two days.

Mishra informed there is no flood threat for Indravati, Upper Kolab and Telengiri as the water level in the reservoirs have remained low. However, inflow of flood water may lead to the swelling of Surli River.

The Collector also warned of landslide accidents that may occur due to the heavy rainfall and therefore asked the field officials to remain stationed in the district headquarters to respond to people in order to avert unnecessary loss to lives and property.

The PWD department has also been asked to keep their equipment ready and clear roads in case of uprooting of trees. Directive has been issued to Tehsildars to start preparation in their areas to tackle any rain-related urgencies.

“The water level of Surli River might increase if there is heavy rainfall in the catchment areas of the river-basin. Landslides may also occur in several places. Therefore, the executive engineers of the concerned R&B division have been directed to remain on standby to clear landslides on roads,” said Koraput district collector, Mudhusudan Mishra.

“The Engineers have been asked to cancel the leaves of their concerned teams and keep them ready for any emergency,” added Mishra.

The IMD had earlier predicted a fresh low pressure area is likely to form over central Bay of Bengal around October 19. Under the influence of the low pressure, heavy rainfall is very likely to occur in the districts of Koraput, Rayagada, Gajapati, Ganjam, Puri and Khordha tomorrow.

Low Pressure Over Bay of Bengal; These Odisha Districts To Experience Heavy Rainfall