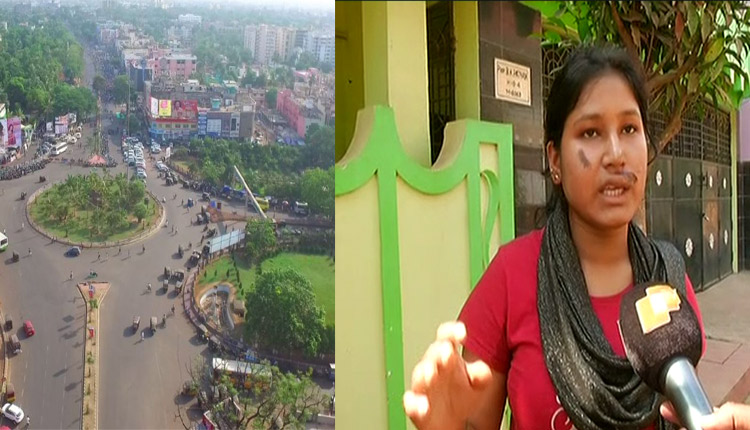 Bhubaneswar: In an act of extreme bravery, a girl overpowered two youths who attempted to snatch her mobile phone in Bhubaneswar on Saturday evening.

The girl, identified as Rinu, not only thrashed the mobile snatchers but ensured that they were caught. The incident occurred near Dumduma auto-rickshaw stand last evening.

As per reports, Rinu was returning home on a two-wheeler when the two miscreants attempted to loot mobile phone and other valuables from her.

Instead of panicking, Rinu decided to fight back and teach the miscreants a lesson. Rinu has now been lauded for her bravery by people in the city. Rinu has reportedly sustained multiple injuries in the incident.

“I was returning home after work when I realized that two youths were following me.  I was speaking over phone when one of the youths snatched my mobile phone. Though I had screamed for help, but nobody helped. Later, I decided to follow the miscreants on my twowheeler,” said Rinu.

Rinu further said, “After I chased the miscreants, I managed to drag one of them by his shirt and he fell down from the bike. I caught hold of one of them and later a lot of people rushed to the spot for help.”

It is not for the first time that a girl has been lauded for her courage and bravery. A middle-aged woman had earned praises for fighting off two miscreants trying to snatch a gold chain from her in broad daylight in Bhubaneswar February 2019.

The woman identified as Abhijita Mahapatra of Malaya Vihar in Mancheswar was going to pick up her daughter from school when two bike-borne miscreants pounced on to loot her valuables near GGP Colony in Rasulgarh.

One of the miscreants pushed her to the ground and tried to snatch a gold chain from Abhijita’s neck. However, she did not panic and retaliated. While one of the miscreants fled the spot on his bike, the woman caught hold of the other while raising an alarm.