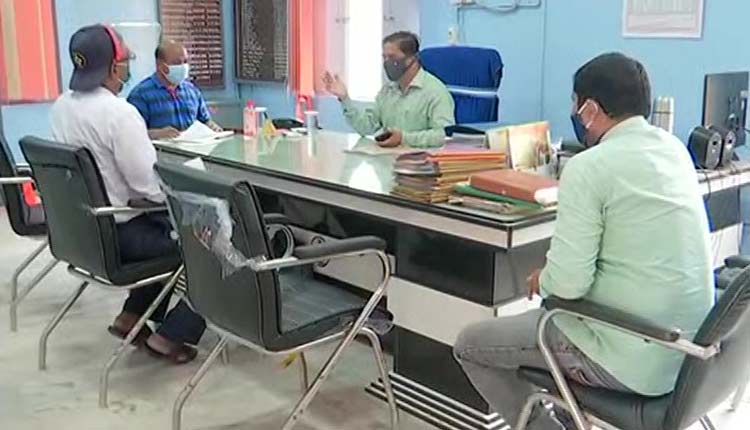 Berhampur: Drawing lessons from the extensive damage caused by Cyclone Titli, the Ganjam district administration is not leaving any stone unturned to ensure ‘Zero Casualty’ in view of the heavy rainfall warning issued by India Meteorological Department (IMD).

Ganjam Collector Vijay Amruta Kulange on Sunday informed that this time focus is being given on decentralised flood-management to tackle any emergency situation arising out of possible heavy rainfall in the region.

“IMD has predicted heavy rainfall in southern Odisha. From the Cyclone Titli experience, we are trying our best and focusing on decentralised flood-management and evacuation of people from vulnerable and low-lying pockets,” said Kulange.

A fresh low pressure is likely to form over Bay of Bengal by tomorrow and the India Meteorological Department(IMD) has predicted heavy rainfall in southern Odisha districts between October 19 and 21.

The Ganjam Collector said that directions have been issued to form rapid action teams at village levels and the people from areas which were ravaged by floods during Cyclone Titli will be evacuated.

“As there is a possibility of landslides, we are deploying heavy machines apart from stocking ration and medicines. People from low-lying pockets will be shifted to safe and higher places with the help of sarpanchs and others,” said Kulange.

He further stated all the COVID-19 protocols will be duly followed during shifting of people from vulnerable pockets.