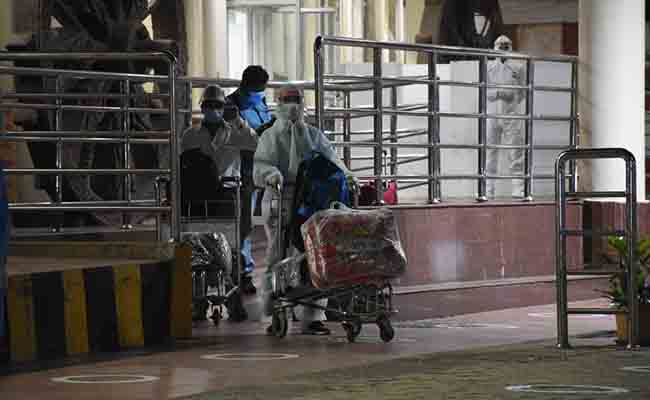 The passengers were received at the Biju Patnaik International Airport (BPIA) by senior officials and their health screening was conducted.

“First international flight from Dubai has arrived at Bhubaneswar airport during lockdown. All passengers are being screened at receiving centres. Transportation arrangements have been made for them,” tweeted the Bhubaneswar Municipal Corporation (BMC).

First international flight from Dubai has arrived at Bhubaneswar airport during lockdown.
All passengers are being screened at receiving centres.Transportation arrangements has been made for them.#SocialDistancing #StaySafe #StayHome pic.twitter.com/rUDjVCCwDE

Vehicles have been arranged for the passengers to escort them to their respective districts. Passengers hailing from Khurda, Cuttack, Ganjam, Jagatsinghpur and Jajpur districts would leave by bus from the airport. Besides, institutional quarantine facilities have also been arranged in Bhubaneswar for the passengers from far away districts such as Bargarh, Balasore and Nayagarh, said BMC Commissioner Prem Chandra Chaudhary.

He said passengers having suspected symptoms of COVID-19 will be kept separately.

Passengers at Bhubaneswar airport after arrival from Dubai in a special Air India flight under #VandeBharatMission #Odisha pic.twitter.com/DdBywNNZkr

Another repatriation flight from Dubai is scheduled to reach here on May 19, while a flight from Kuala Lumpur is expected to land in Bhubaneswar on the next day, an official said.

“On May 28, a flight from Chicago in the USA is scheduled to land in Delhi. From there, another flight will bring the passengers here,” the official said.

Meanwhile, more than one lakh Odias stranded in different states due to the nationwide lockdown since the midnight of March 24 have returned to the state after the Centre allowed their movement by bus, train and other vehicles, he said.

Since May 3, as many as 1,00,030 Odias — migrant workers, students, pilgrims, patients, professionals and others — have reached the state, Odisha government’s COVID-19 spokesperson Subroto Bagchi said.

“A total of 11,487 people have returned to the state on Thursday,” Bagchi said during a daily briefing here.

Official sources said the state government has facilitated the movement of 9,287 “guest workers”, migrant labourers from elsewhere stranded in Odisha, for their journey home.