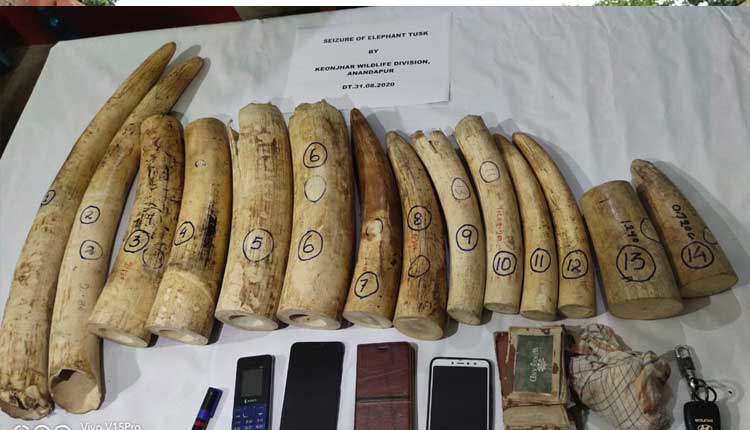 The tusks were seized from Bayapita village under Harichandanpur police limits in the district.

#Keonjhar: Forest dept seizes 19 kg of elephant tusks worth around Rs 10 lakh from a car near Bayapita village under Harichandanpur police limits. 3 persons detained on charges of smuggling the tusks #Odisha pic.twitter.com/M3L1NhSFUh

Acting on a tip-off, the forest officials carried out a raid while the tusks were being smuggled in a car. As many as 14 tusks, four cellphones and the Hyundai car were seized during the raid. Three persons involved in the smuggling have been detained.

Among the arrested, one hails from Keonjhar, one from Jajpur and another from Bhadrak district.

According to the forest officials, the market price of the tusk is around Rs 10 lakh. Further investigation into the matter is underway.

The forest officials are yet to reveal the source of the tusks procurement and their smuggling destination. It is suspected that the tusks belonged to three adult elephants. The officials also suspect that there is a racket behind the wildlife smuggling.