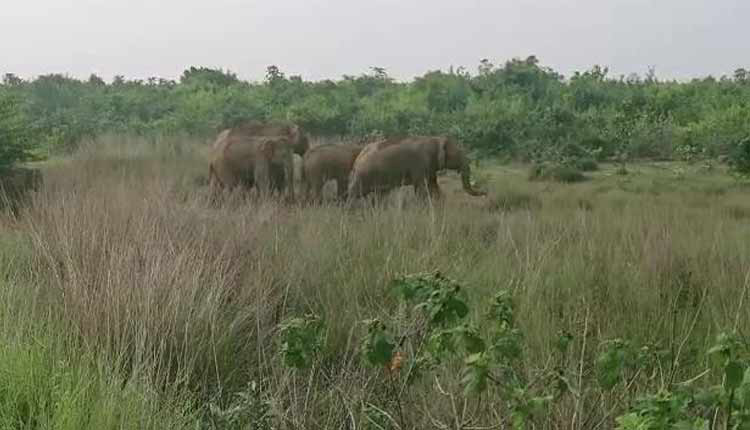 Dhenkanal: Panic gripped the residents of Sogar village under Anlabereni forest section in the district after a herd of 23 elephants strayed into the village and wreaked havoc late last night.

According to sources, the jumbos went on a rampage and damaged hundreds of acres of paddy crop along Brahmani River.

On being informed about the incident, forest department officials rushed to village. Efforts were underway by the forest employees to drive the pachyderms back into the forest.

In another incident, a tusker barged into Banipada village under Choudwar police limits triggering panic among locals. The elephant is believed to have entered the area from Damani forest.

Till the last report came in, the forest department officials reached the spot and were trying to chase away the elephant.