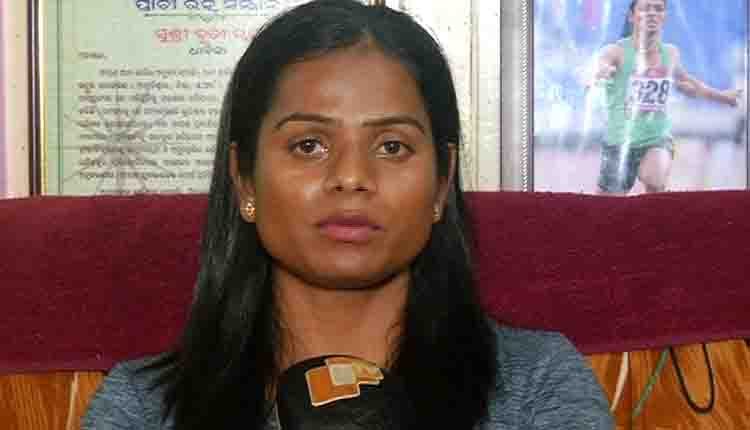 Bhubaneswar: A day after ace sprinter Dutee Chand issued a clarification saying she isn’t selling her car to raise training funds, Odisha Government highlighted the financial support given to her over the years.

It was earlier reported that Dutee, who put up a now-deleted Facebook post asking potential buyers to get in touch with her manager, was forced to sell her car to raise funds for her Tokyo Olympics training.

The Department of Sports and Youth Services, Government of Odisha, said in statement that a total of Rs 4.09 cr has been given to Dutee since 2015.

“The State government appointed Dutee Chand as Group-A level officer in Odisha Mining Corporation (A Gold Category PSU). She is currently drawing gross salary of Rs 84,604 (June 2020 salary) per month. She is not required to come to office so that she is able to concentrate full-time on training.

“Accordingly, since her appointment in OMC, no official work has been allotted her. OMC provided Rs 29 Lakhs for training and financial incentives,” the statement added.

Dutee, on Wednesday, had said that she sold her sedan to get some ‘breathing space’ and not burden Kalinga Institute of Industrial Technology (KIIT) or the Odisha Government.

“I took to social media to sell my car. I don’t have the resources to maintain luxury cars, though I love them. I never expressed that I am selling it to fund my training,” Dutee said in a statement on her Twitter account.

“Odisha Government and my own KIIT University have always supported me. This does not deny the fact that my training is very expensive, especially for the 2021 Olympics.

“I just wanted to make a point that this money could be diverted for my training and a car can be bought post covid once I receive the money from the State Government.

“With folded hands, I want to say that I was neither complaining nor making a show of my lack of finance because I am a daughter of the country and my well-wishers are there to keep me going. Bless me for my training at Kalinga Stadium so that my dream of getting a Gold for my country comes true,” wrote the 24-year-old.