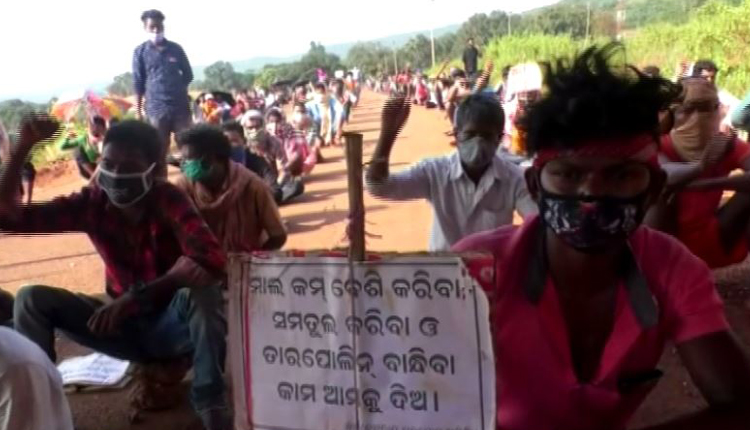 Keonjhar: Hundreds of disengaged labourers of OMC iron ore mine at Bansapala block here on Monday staged a protest demanding their reinstatement.

According to reports, the labourers have been protesting their disengagement by the plant authorities since the last 11 days.

The agitating workers alleged that around 468 labourers from nearby villages of Jagara, Kumundi and Uramunda used to work at Gandhamardan Iron Ore Mines and were completely dependent on their daily wage for survival. However, six months back OMC management asked them to stop coming to work as they had automated the process by installing machines.

Worried over their livelihood, the workers had requested the OMC authorities for employment or financial assistance. However, the authorities reportedly did not take any steps to address their grievances following which the workers along with their family members launched the protest.

“The OMC administration informed me that considering safety factor in mind, they installed new machines that would be effective, efficient and safe for them as far as production is concerned,” said Majhi.

Further, Majhi assured the protesting workers to resolve the issue.