Depression Over Bay Of Bengal In 12 Hours, Orange Alert For 6 Odisha Districts 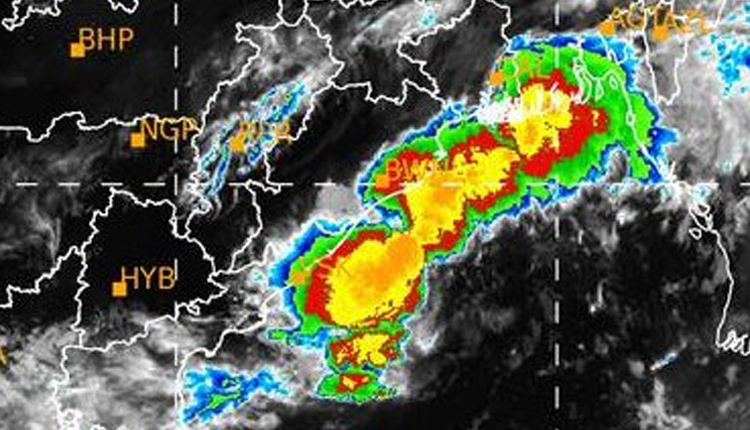 Bhubaneswar: The well-marked Low Pressure Area (LOPAR) over northwest and adjoining west-central Bay of Bengal off south Odisha and north Andhra Pradesh coasts is likely to concentrate into a depression in the next 12 hours and further intensify into a deep depression during the subsequent 24 hours, informed the Regional Meteorological Centre in Bhubaneswar today.

Under its influence, Meteorological Centre has predicted heavy to very heavy rainfall at many parts of South and Coastal Odisha.

The #WellMarkedLow now lies over #Northwest & adjoining #Westcentral #BayofBengal off south #Odisha­-#north #Andhra #Pradesh coasts. It is very likely to #concentrate into a #Depression during next #12hours and further into a #DeepDepression during the subsequent #24hours. pic.twitter.com/aC3YoYAIFn

“Squally weather with wind speed reaching 30-40kmph gusting to 50 kmph is likely along the area of coastline over the coastal districts of Odisha during October 22 and 23,” informed the MeT Centre.

The Met department also advised the fishermen not to venture into sea along and off Odisha coast and North and West central Bay Bengal from till October 24.