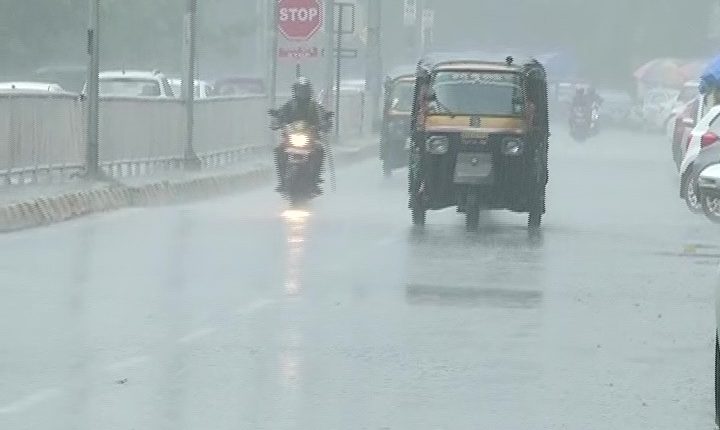 Bhubaneswar: The India Meteorological Department on Wednesday issued a heavy to very heavy rainfall alert for the next two days for various districts of Odisha as a well-marked low-pressure area is set to intensify into a depression by tomorrow.

As per the regional met centre of the IMD in Bhubaneswar, the well-marked low pressure presently over west-central Bay of Bengal and neighbourhood is likely to move northwestwards during the next 24 hours and move north-northeastwards thereafter towards West Bengal-Bangladesh coasts across North Bay of Bengal off Odisha coast during subsequent 48 hours.

The system is likely to intensify into a depression in the next 24 hours and strengthen into a deep depression system during the succeeding 24 hours, a bulletin issued by the Met department said.

The adverse weather condition is likely to trigger heavy to very rainfall at isolated places over the districts of Ganjam and Gajapati. Apart from Orange warning to these districts, the Met department has issued Yellow alert for the districts of Puri, Jagatsinghpur, Kendrapara, Bhadrak, Balasore, Rayagada, Koraput, and Malkangiri.

SPECIAL BULLETIN: Well Marked Low Pressure Area over westcentral Bay of Bengal & neighbourhood and likely to concentrate into Depression during next 24 hours. pic.twitter.com/Yg24CqTL36

People have been asked to remain alert for water logging in low lying areas, landslides in hilly regions and damages to kutcha houses. City dwellers too need to avoid going outside as much as possible because the weather might cause traffic disruption.

Extended Orange warning has been issued for Ganjam, Puri, Jagatsinghpur, Kendrapara, Bhadrak, and Balasore districts from 8.30 am tomorrow to 8.30 am on Friday.

Squally weather wind with speed reaching 30 to 40 kmph gusting up to 50 kmph is likely to blow along the area of coastline over the coastal districts of Odisha from 22 to 23rd October, said the weather bulletin.

Fishermen have been advised not to venture into sea along and off Odisha coast and North and West Central Bay of Bengal from today night to October 24.