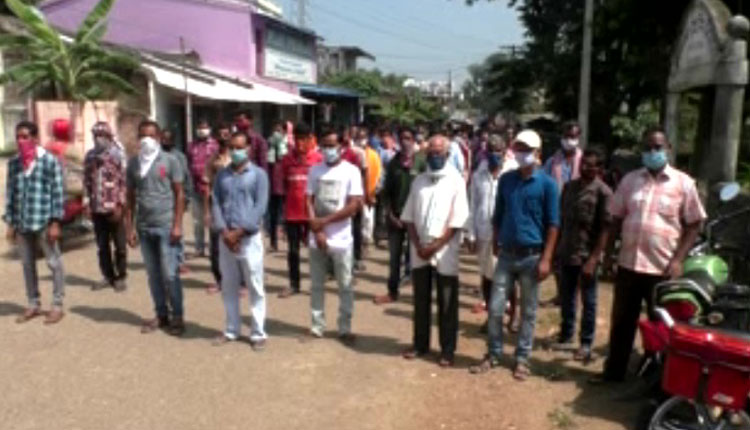 Deogarh: Residents of Pudapada village under Reamal block in Deogarh district on Tuesday gheraoed the office of the Block Education Officer (BEO) opposing the decision of closure of the only school in their village.

Thousands of irate villagers joined the protest and submitted a memorandum to the BEO demanding restoration of the school instead of shutting it.

“Our school is a very old institution, which was established in 1978. The educational institution is running for a long time in the Maoist-infested backward area. The State Government has decided to close down the school. We strongly condemn the decision,” said Satyabadi Sahu, a villager.

“According to the decision of the government, schools having less than 20 students will be merged with the nearby schools. But we have 28 students in our school this year and it should not be shut down,” said Sahu adding that their children will face a lot of problem in going to the nearby school, situated two kilometres away in the Maoist-infested area.

However, Additional Block Officer Bijay Kumar Patra informed that according to the government provision, schools with below 40 students will be abolished.

“Pudapuda villagers have submitted a written complaint against the move. We are aware about the problem of the villagers. We will take up the matter with the higher authorities before any decision is taken,” assured Patra.