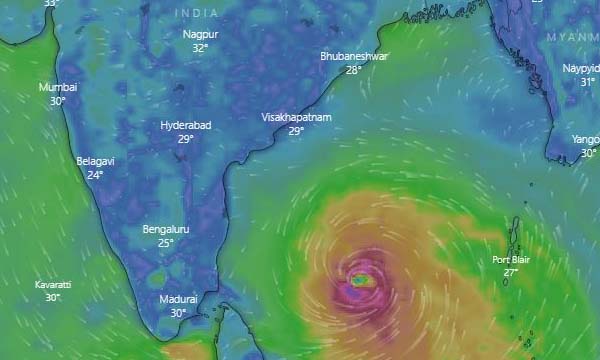 As per the IMD bulletin, “The deep depression over SE- Bay of Bengal and neighbourhood remained practically stationary during past 6 hours and rapidly intensified into a cyclonic storm. It lay centred over the same region at 5.30 pm IST near 10.9 deg N latitude and 86.3 deg E longitude, about 1040 km south from Paradip near Odisha coast, 1200 km south-southwest of Digha and 1300 km south-southwest of Khepupara in Bangladesh.”
Also Read
Local News 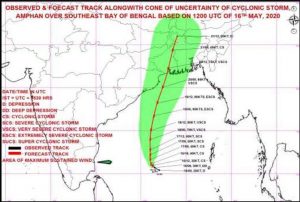 According to the Met office forecast, “The system is very likely to move north-northwestwards initially till May 17 and the re-curve north-northeastwards across northwest Bay of Bengal towards West Bengal and adjoining North Odisha coasts during May 18 to 20.” It is likely to take ‘very severe’ form near Odisha coast.

The IMD has issued Orange Warning for Odisha suggesting that it should stay prepared for the cyclone. Coastal part of the State is likely to experience light to moderate rainfall at many places with heavy falls at isolated places from 18th May evening. While heavy to very heavy rainfall might occur at a few places on 19th May and isolated heavy rainfall over northeast Odisha on 20th May 2020. 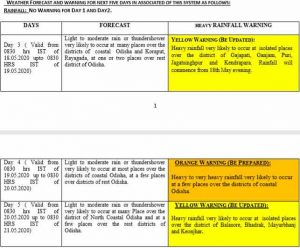 Fishermen are advised not to venture into the sea along and off Odisha coast from 18th May onwards till further notice. Those who are out of the sea are advised to return to the coast by 17th May 2020.

In view of the cyclone, Odisha government has put its 12 coastal and adjoining districts on high alert. The districts which have been asked to remain prepared includes- Gajapati, Ganjam, Nayagarh, Khurda, Puri, Jagatsinghpur, Jajpur, Kendrapara, Bhadrak, Balasore, Mayurbhanj and Dhenkanal.

As per the predicted path of the cyclone, around 7 lakh people in 649 villages along the sea coast are likely to be severely affected. Odisha Chief Minister Naveen Patnaik has exhorted its State government machinery to ensure ‘Zero Casualty.’