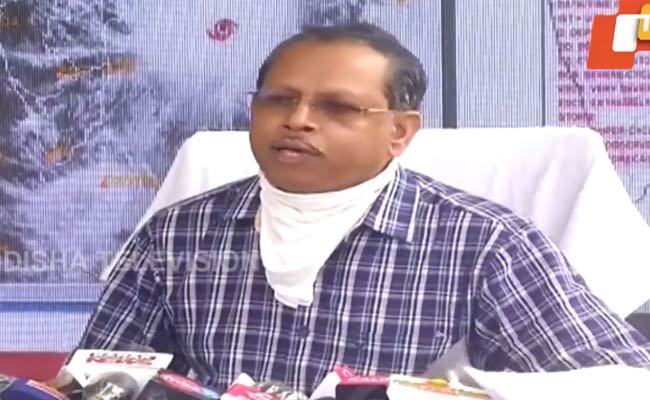 Bhubaneswar: The Odisha government is taking all precautionary measures to deal with cyclone Amphan and the situation is under control so far, informed Special Relief Commissioner (SRC) Pradeep Jena in a press meet on Tuesday.

Amphan is likely to make landfall between West Bengal and Bangladesh on Wednesday.

“All government departments are working in close coordination to complete the entire evacuation process by today. Out of 12 districts, north Odisha districts are more prone to the cyclone. Special focus has been given to these districts,” said Jena.

Since there is no sign of abnormal storm surge in Odisha coasts, the district collectors are advised to carry out evacuation drive keeping this factor in mind.

In Gajapati district, the administration has evacuated about 500 people from hilly areas apprehending landslide due to heavy rainfall.

About 600 multi-purpose cyclone shelters and 7092 other permanent buildings with cumulative capacity to accommodate nearly 12 lakh people have been identified in the 12 coastal districts.

The SRC said updates about cyclone will be sent to people in vulnerable districts in the state through SMSes.

A total of 15 NDRF and 16 ODRAF teams have been deployed in the affected districts to meet any eventuality. They are also creating awareness among the people about the cyclone and safety measures.

“Besides, 217 fire service teams have been prepositioned. The government has also kept five teams each of — NDRF and ODRAF are in reserve. We will deploy them as per the requirement. The Energy department has also pre-deployed 340 Gangs in the field,” said Jena.

As per IMD forecast, coastal districts of Odisha will experience heavy rain from Tuesday which is likely to continue till May 20.