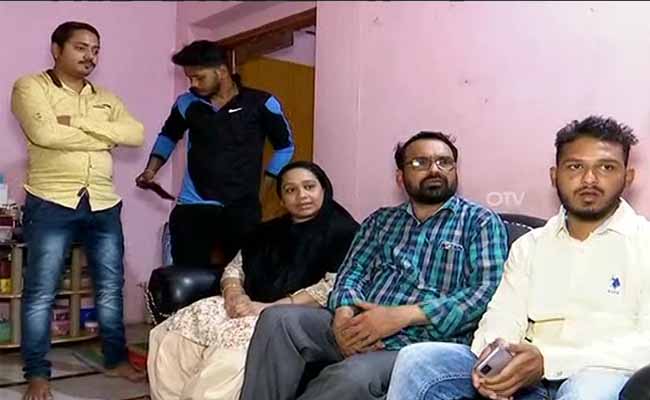 Cuttack: It is now testing times for the family members of Cuttack youth who is reportedly stranded in Iran, one of the countries worst affected by COVID-19.

The youth Sayed Mufizur Rahman, who hails from Nimchouri area in Cuttack, has been in Iran since September last year. While he was reportedly engaged in MV Behdokt vessel, the family members claimed that they have failed to establish communication and are unable to contact him since the outbreak of coronavirus.

As per latest reports, BJP national vice-president Baijayant Jay Panda has written to the Ambassador Of India to Iran, Gaddam Dharmendra seeking repatriation of the Cuttack youth after the family sought the former parliamentarian’s intervention in the matter.

“My son is now stranded in Iran and we are unable to contact him since last week,” said Sabana Yashmin, Rahman’s mother.

According to Yashmin, her son had left for Iran in September last year. After the coronavirus outbreak, he is now stranded in a ship along with several other Indians.

Sayed Afrose Ali, uncle of Mufizur Rahman said that the ship is not being allowed to dock at the port in view of the pandemic situation.

“We had last contacted Mufizur in the second week of February and since then we are totally unaware of his whereabouts. As the ship is stranded in the sea, we are unable to contact him may be due to network issues,” said Afrose Ali.

Afrose further informed that they are hopeful of getting a positive response as Jay Panda has initiated concrete measures in ensuring the safe return of several people of Odisha who were stranded in other countries in the past.

External Affairs Minister S Jaishankar said there are over 6,000 Indians in various provinces of Iran. He however praised the efforts of the medical team of the Indian embassy in Iran and Iranian authorities involved in the evacuation operation. “Our efforts to bring back the others continue. @India_in_Iran and our medical team — keep up the good work. Appreciate the support of Iranian authorities and their airlines.”

Thanks to the efforts of our Embassy @India_in_Iran and Indian medical team there, operating under challenging conditions. Thank you @IAF_MCC. Appreciate cooperation of Iranian authorities.

We are working on the return of other Indians stranded there.

Second batch of 44 Indian pilgrims has arrived today from #Iran. Our efforts to bring back the others continue. @India_in_Iran and our medical team – keep up the good work. Appreciate the support of Iranian authorities and their airlines.