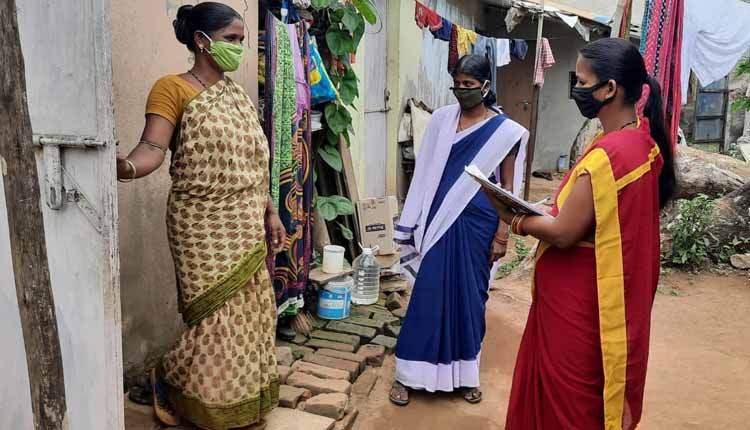 Bhubaneswar: As the influx of migrant workers to Odisha continues, a Gujarat returnee in the State’s largest slum, Salia Sahi in the capital city tested positive of the disease on Sunday.

Following detection of the positive case at Ward-16 in Salia Sahi, as many as 44 neighbours and close contacts of the patient were sent to quarantine centre, informed the Bhubaneswar Municipal Corporation (BMC).

As per the information provided by the civic body, three rounds of active surveillance were already conducted and all symptomatic cases, close contacts and six family members were tested.

3 rounds of active surveillance were already conducted and all symptomatic cases, close contacts and 6 family members have also been tested.

Slum areas have been put again under active surveillance for 14 days. pic.twitter.com/yQ0Yym1Q3i

The area has been put under active surveillance for 14 days.

Odisha has been witnessing a surge in COVID positive cases since the return of stranded Odia migrants from other states.

Salia Sahi, the biggest slum in Odisha remained largely unaffected by COVID-19 prior to Sunday. Many feared that, with the detection of a new case and the close proximity of the houses in the slum can lead to an explosion of COVID cases in no time.

Notably, the number of positive cases in Dharavi has seen a gradual slump in the past few days with no deaths reported in the last six days from Asia’s largest slum in Mumbai.