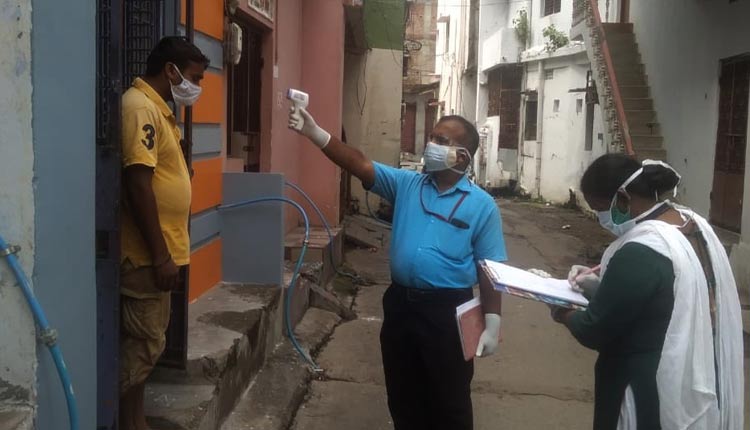 Bhubaneswar: The number of Covid-19 cases in Odisha breached the 11,000-mark on Thursday after the state recorded its highest single-day spike of 577 new Coronavirus infections.

At least four persons have succumbed to the disease in the last 24 hours in Odisha taking the death toll to 52. While three persons have died in Ganjam district, Bhadrak reported the fourth death case today, the State Health Dept stated in its website.

This is the third consecutive day that the State has recorded new Covid-19 cases over 500-mark.
The new 577 cases detected from 22 districts have now taken the overall positive tally in the State to 11201 which includes 4128 active cases, 7006 recoveries.

Similarly, the fourth death was a 58-year-old male patient from Bhadrak district who was suffering from diabetes and chronic kidney disease.

3. Male of 63 years of Ganjam district, also suffering from Diabetes.

Besides, two other persons who were tested positive for Covid-19 died while undergoing treatment at the hospital due to other causes. One among them was a 42-year-old male from Keonjhar district who succumbed to Cancer of hard palate. The other was an 88-year-old from Bhadrak district and died due to Pyrexia with acute kidney injury and metabolic acidosis.

With 260 new cases from Ganjam district followed by 83 cases from Sundergarh, #Odisha reports the highest single-day spike of 577 #Covid19 cases.

Meanwhile, a total of 6,289‬ RT-PCR tests were conducted in the last 24 hours in Odisha taking the cumulative tests to 314987.