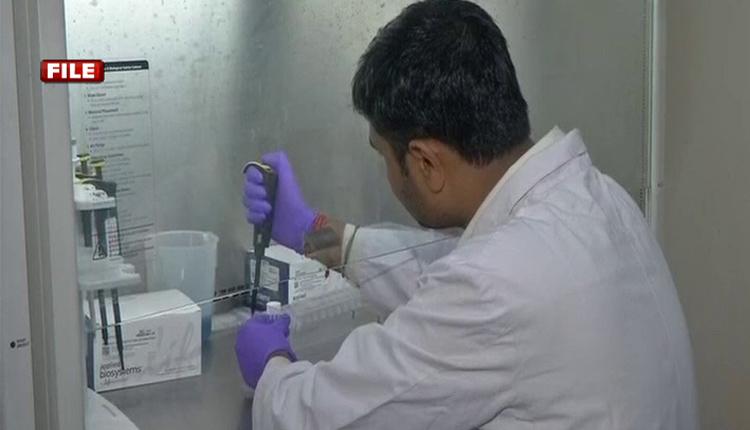 Bhubaneswar: When will the public have universal access to the Covid vaccine? While the government has pinned hopes on the vaccine manufacturers to accelerate the process of trials and announce its launch early in the first quarter of 2021, reportedly, researchers are yet to get closer to endpoints of trials. Amid uncertainty over dates of a vaccine arrival, the Odisha government seeking a database of Anganwadi and healthcare workers for Covid vaccination much prior to vaccine availability has stirred a heated debate among the political parties and police department in the State.

On Friday, Odisha government based on MoHFW recommendations, shot letters to Women & Child Development department & Mission Shakti and all the concerned healthcare associations in the State to prepare a database of Anganwadi workers and health workers by October 25 and 29, respectively for vaccination.

However, the letter has no clear mention of whether all the healthcare workers or the ones engaged in Covid duty will be provided a vaccine first. This apart, the frontline warriors in Odisha Police department have been excluded in the Additional Health Secretary’s letter.

The Indian Medical Association (IMA)- State Branch said that it will convene a meeting with the working committee to decide who should be prioritised for Covid vaccination. “IMA is considering the inclusion of doctors working in government and private facilities and nursing homes, which means it will include all those who deal with the patients directly. They will be in our priority list,” said Maguni Behera, President, IMA Bhubaneswar branch.

On the other hand, Anganwadi Union has raised concerns over the safety of vaccine and is heavily dependent on government’s accountability in this regard. “If in case, during or after vaccination, the person who is administered the vaccine encounters some problematic circumstances, the government should take responsibility and facilitate treatment. At least we need that much of assurance,” Mandakini Pradhan, president of Khordha Anganwadi workers’ union said.

All Odisha Private Medical Establishment Forum also stated that it is not so easy to prepare a database in such a short span of time. “The associations will have to toil all day long to prepare the database because we do not have as much of time in hand,” said Subrat Jena, spokesperson of the forum.

There is another setback to the government’s database directive. As the letter doesn’t refer anything about the frontline warriors in Odisha Police department as a priority, the Havildar-Constable-Sepoy Association has expressed resentment over the categorical recommendations. “It is unfortunate to see despite Constables and Havildars being in the frontline battle, the government has not included them for Covid vaccination in the first phase. We urge the state government to give utmost priority to these warriors,” said union president Santosh Satapathy.

But before the government comes up with clarity on this, there’s a political twist to the orders passed with regard to the preparation of a database much ahead of vaccine delivery or distribution. The Congress has criticised both the Centre and State government citing the move as a poll gimmick.

“Everyone is awaiting a vaccine. But the decision to immediately prepare a list for vaccination has just been made to woo the voters as elections are ahead,” alleged Sarat Pattnaik, former PCC chief.

In response, BJP General Secretary Lekhashree Samantsinghar said, “Implementing vaccination for 130 crore people is not an easy task – it has to have a proper monitoring and distribution, which is why the Centre has asked States to expedite the preparedness.”

“Union Ministry has indicated that the vaccine may soon be available and accordingly communicated to prepare a database after prioritising vaccine recipients for the first phase. The health department reviewed the process and directed the same to the concerned officials, and all this is done as per Centre’s recommendations,” informed Naba Das, State Health Minister.

According to the government guidelines, details of healthcare staff, Anganwadi workers, supervisors and CDPOs would be included in the aforementioned database, which will subsequently be uploaded in Covid-19 Vaccination Beneficiary Management System (CVBMS).