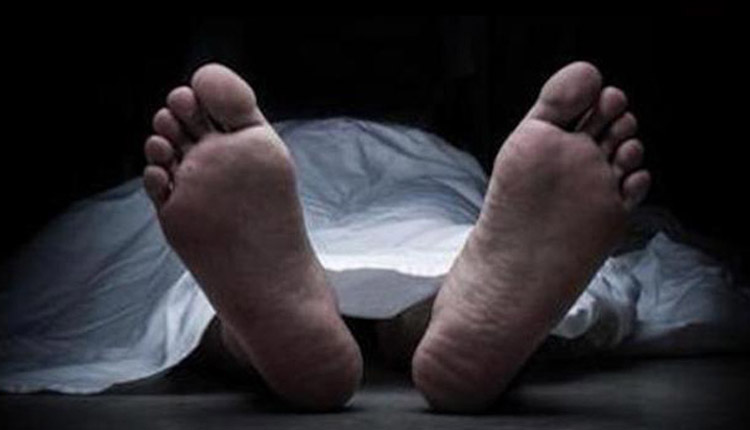 Konark: The body of a 25-year old man lay at his home in a village at Konark for more than 15 hours as relatives and villagers stayed away suspecting that he had been infected with COVID-19, officials said on Friday.

The man had died on Wednesday at Mankaragoradi village and his family was forced to arrange for PPE kits and other protective gear before the body could be taken to the cremation ground in the outskirts of the village.

None was ready to carry his body on their shoulders as is the practice for fear of contracting the disease. His body was instead carried to the local cremation ground in a cycle cart the next day.

The last rites were performed on Thursday afternoon, the officials said.

Vichitra Rout, a tractor driver in the area, had been suffering from high fever for the past few days and was diagnosed to be afflicted with typhoid.

He was asked by the community health centre where he was being treated to undergo the COVID-19 test, his family members said.

Rout is the only son of his parents and the sole breadwinner of the family.

He was referred to the district headquarter hospital at Puri for the test but when he was taken there on August 4, work at its out patients department had been suspended as some health workers there had contracted coronavirus.

Rout was therefore referred to a Bhubaneswar Hospital but died on Wednesday before arrangements could be made by his family for taking him there, they said.

By then rumour had spread in the area that he had fallen prey to COVID-19 and the villagers shunned the family.

Even the relatives showed reluctance in making arrangements for the last rites and none came forward to help the family.

Executive Officer of Konark Notified Area Council (NAC), M Srinivas told PTI that when he came to know about the plight of the family he sent some officials with PPE kits to the village. The NAC officials convinced the villagers to arrange the last rites by taking the required safeguards.

Srinivas said the doctor who was treating the man had informed them that Rout was suffering from typhoid for a long time and had prolonged fever. However, the man died before the COVID tests could be done and it was not confirmed whether he was infected with coronavirus.

The hesitant relatives agreed to help in the cremation after they were given PPE suits. The villagers kept away.

The body was wrapped in a plastic sheet and taken to the cremation ground on the cycle cart by his cautious relatives in PPEs, their faces covered with masks and gloves on their hands. Only some close relatives were present during the cremation, Srinivas said.

As the COVID test had not been conducted, the specific protocols were not followed, he said adding the PPEs were provided to dispel the fear from the minds of the villagers.