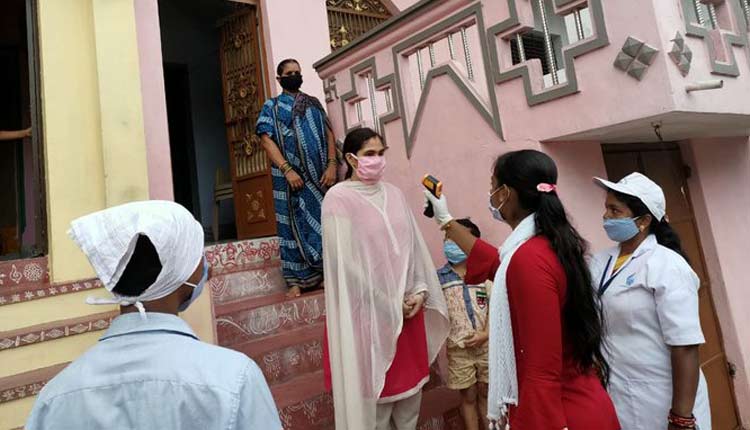 Bhubaneswar: After facing criticism over low testing rate, Odisha on Monday categorically stated that all the COVID-19 tests are being conducted as per the guidelines issued by the ICMR. Addressing a presser, NHM director, Shalini Pandit informed that the revised ICMR guidelines stipulate that all the symptomatic persons and close contacts of COVID-19 positive cases should be tested.

“The revised strategy has helped detect more number of COVID-19 persons. As per our strategy, we are conducting Covid testing of symptomatic persons and close contacts of positive cases,” said Pandit.

Earlier, 1 person was being tested positive in 200 tests in Odisha when asymptomatic cases were also being tested. With the change in strategy, in 20 tests, we are being able to detect a positive case.

Pandit further informed that as per Chief Minister Naveen Patnaik’s direction, a massive campaign for surveillance will be launched across Odisha tomorrow.

“ASHA and ANM workers will conduct door-to-door surveillance of COVID19 symptoms in all households in rural areas & slums in urban areas from tomorrow till July 31,” said Pandit.

NHM director stated that Odisha is placed in a better position despite a surge in COVID-19 positive cases. Whether it is the positivity rate, recovery rate or the mortality rate, Odisha fares much better than other states as well as the national trend, she added.

While earlier, it took almost eight weeks to conduct 50,000 tests, currently, on average, it is taking two weeks to conduct as many tests which is why cumulative tests crossed the 2-lakh-mark yesterday, the NHM director informed.