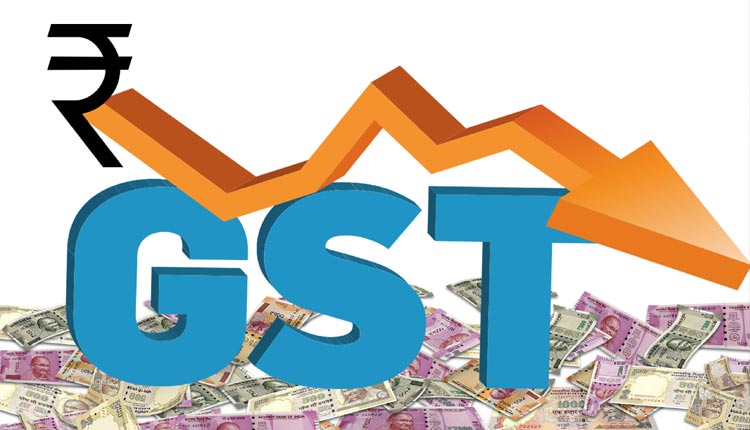 Bhubaneswar: The goods and services tax (GST) collection in Odisha has fallen by 7.86 per cent year-on-year to Rs 2,693.75 crore in June, amid slowdown in the economy due to the coronavirus crisis, an official said on Sunday.

The lockdown has severely impacted the economic activities in the state during the first quarter of 2020-21 fiscal, which led to a fall in the collection, Commercial Tax and GST Commissioner SK Lohani said.

“However, the situation has improved during the last month in which a collection of Rs 2,693.75 crore as against Rs 2,923.47 crore was achieved. The shortfall was only 7.86 per cent in June,” he said.

According to him, this could be possible due to some relaxations granted by the GST Council along with regular persuasion and facilitation by the field officers of the commercial tax organisation.

The Odisha GST (OGST) revenue in June was at Rs 759.17 crore, as compared to Rs 804.49 crore in the corresponding month last year.

Due to the lockdown, the OGST collection in the first quarter of 2020-21 dropped by 32.79 per cent to Rs 1,560.20 crore from Rs 2,321.39 crore collected during the same period of the previous year, Lohani said after reviewing the revenue data.

“The movement of vehicles which is an important indicator of the restoration of normalcy in business activities is showing an encouraging trend,” he said.

The average daily inter-state waybills generated in February this year was 22,104, which dipped to 3,356 in April due to the lockdown but improved significantly to 16,817 in the last week of June, the official said.

Similarly, the average daily intra-state waybills was 8,517 in April, which increased to 23,577 in the last seven days of June.

“These are healthy trends,” Lohani added.

18% GST Ruling On ‘Parotas’ Cooks Up Storm On Social Media