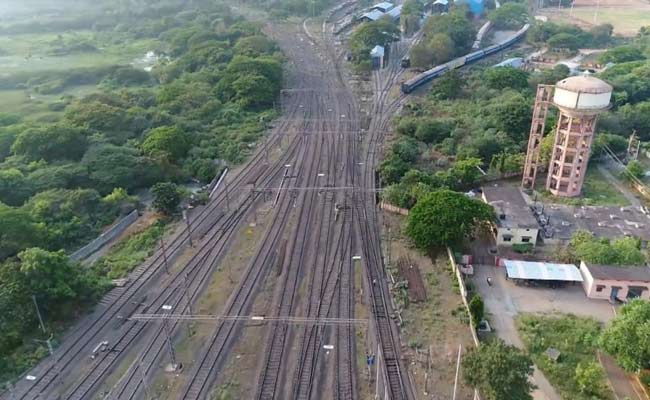 Bhubaneswar: The East Coast Railway (ECoR) has deployed drones to keep a vigil and ensure the security of its assets, infrastructure and vital installations during the nationwide lockdown which is in force to contain the spread of COVID-19.

During the lockdown, assets like coaches and PRS counters are out of sight as they are not in use. This is in addition to assets on use yards, signalling infrastructure, stations, relay rooms, goods sheds and wagon stock, a senior railway official said.

The Railway Protection Force (RPF) staff has to ensure the safety of each of these assets, whether in use or not, he said, adding that a large part of ECoR territory is also Left-wing extremism (LWE) affected areas and keeping an eye on all fixed and moving assets round the clock in addition to activity centres, is a challenge during the lockdown.

“Therefore, ECOR has, in a first in Indian Railways, has deployed drones to keep a 24×7 vigil on its entire territory. These drones are deployed on instructions of RPF officers to optimize productivity and effectiveness,” the ECoR spokesperson said.

This, he said will help save manpower as vital installations can be guarded and monitored from remote locations.

Due to the COVID-19 outbreak, the railways have stopped the movement of passenger services.

However, the goods trains movement to transport essential items are still being done to ensure uninterrupted supply chain of the items throughout the nation. Due to the COVID-19 crisis, there are some sections of ECoR which have got no movement or very less movement of the security personnel, he said.

The security of unattended railway property and vital installations becomes very important, he said, adding it is also necessary to ensure that no unauthorised movement of people takes place through railway tracks.

“Since it is not practically possible to guard the huge assets and open railway tracks widespread all over physically, the concept of security patrolling through drones has been introduced at Waltair Division of ECoR,” the official said.

It will soon be operational at Khurda, Bhubaneswar and Puri as per requirement and drone cameras will be operating with the help of the permission of state /airport and naval and airport authorities so that the movements are fully monitored, he said.

They will capture the images of the track from the maximum suitable heights, communication links of 2 km approximately initially so that the image and video reached up to the operator are clear to take follow up action, he said.

“Besides real-time monitoring, we will store the data to create a video library for future references. Also, with the use of motor or push trolley the operator with RPF can move inside the section and cover the area also if required and immediately send message to the control room for quick action and information can be passed to local police,” he added.

World Health Day: Amid COVID-19 pandemic, PM Modi and other leaders extend thanks to health staff