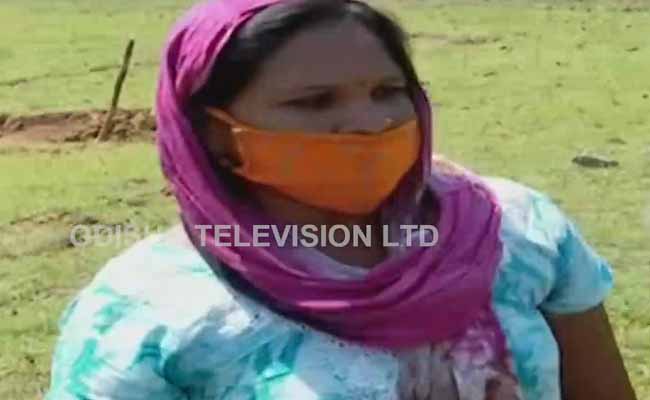 Bhubaneswar: The outbreak of COVID-19 is not just an unprecedented crisis but an event which is turning out to be a harbinger of doom. While many have been pushed into extreme poverty, some are forced to change their occupation to make their ends meet and stay alive.

One such story is of Geeta Nanda, a school teacher in Bolangir’s Gandharel village, who is now working as a daily wage labourer under Mahatma Gandhi National Rural Employment Guarantee Scheme(MGNREGS) to earn enough so that her son, who is suffering from sickle cell disease, can stay alive.

“I was teaching in a school but in this lockdown period, I am forced to work as a labourer as I have to arrange money for the treatment of my son. Due to the sickle cell disease, he needs blood transfusion regularly,” said a teary-eyed Geeta.

Things are no different in the State’s capital where different strata of society have been hit hard by lockdown. From a vehicle spare parts seller to a priest, many are struggling hard to ensure two meals a day for them and their family in both rural and urban areas of the State.

“I had been selling spare parts for 13 years but due to lockdown, my business was severely affected as vehicles were not allowed to ply on roads. I was forced to sell vegetables on the street because I had to find some way to live,” said Bharatbandhu Behera, a Bhubaneswar resident.

Similarly, Rabindra Das, a priest whose only source of income was through conducting pujas at different places, is now forced to sell fruits.

“I used to earn a living by conducting yagnyas and pujas but now due to lockdown, I am going through extreme hardship which is why I decided to open a fruit stall,” said Das.

Woman With COVID-19 Gives Birth To Twins In Odisha, One Child Dies

Local MLA Can Be Taken Into Confidence While Managing COVID-19 Situation: BJD MLA To CM Naveen