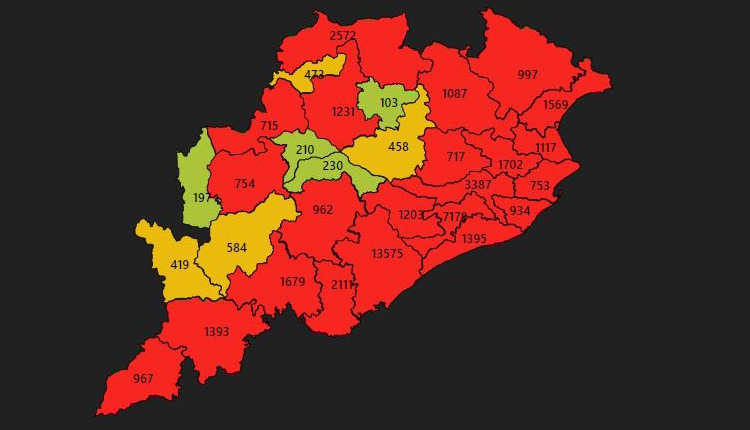 Bhubaneswar: At a time when Ganjam district is showing signs of flattening the curve of coronavirus infection, Khordha district- now leading in the active caseload, is witnessing an uptrend.

RMRC director Sanghamitra Pati today said that the curve looks to have touched the peak in Khordha and the phase might continue for some time.

The results and analysis of the serological survey conducted in Ganjam were submitted to the Odisha government. Situation in the district is under control now, she said.

“Active cases have declined particularly in Ganjam and Gajapati districts; in fact, it has stabilised in Ganjam. While cases in Ganjam have reduced, we are witnessing a peak in Khordha district. Some other district will replace Khordha in the coming days. Odisha will witness a plateau when the curve in all districts flatten,” Pati said.

The positivity rate which hovered over 15% a few days back has come down to less than 10% now, despite an increase in testing over the past week.

“The case positive rate was low in the initial days. Then a period came when the State witnessed a high PR. But the fact that the rate is again reducing is an encouraging sign,” she expressed.

The RMRC director further said, “When we say there is a dip in fresh cases most of which are contacts, it gives an indication that there is a decrease in transmission of the virus.”

The active cases in the two high burden districts of Ganjam and Khordha stand at 1875 and 2995, respectively.