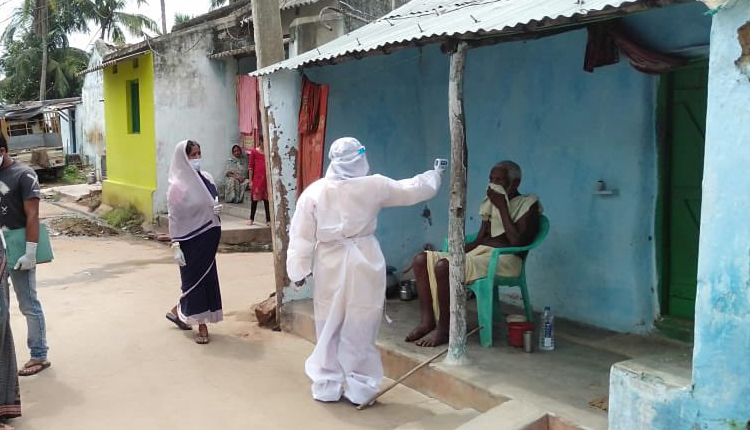 Bhubaneswar: Days after the Centre directed Odisha and few other States with a high caseload to ramp up testing, Director of Institute of Life Sciences (ILS) Ajay Parida, today informed that the government is planning to increase antigen-based tests apart from fully utilising the existing COVID-19 labs in the State.

Throwing more light on the testing plan, Parida stated the State Health authorities are likely to ramp up antigen-based tests up to 50000 per day by August 20, and then again up to 1 lakh tests daily.

“Priority is being given to rapid antigen testing because it yields results within 4-5 hours. Antigen testing kits have been provided to all district headquarter hospitals and municipal corporations, which will help in screening a large population and subsequently detect if someone has contracted the virus,” Parida said.

Those who test negative but are symptomatic will again have to undergo an RT-PCR test, he added.

Reports suggest that the current RT-PCR testing capacity across all labs in Odisha is around 8000-10000. “As per the information of the development commission, around 1 lakh tests would be conducted – primarily through antigen-based tests and then, if required, through RT-PCR,” the ILS Director said.

A total of 32053 COVID-19 tests were conducted in Odisha on Tuesday, taking the cumulative number of tests to 724354.

Notably, States, where cases haven’t stabilised, have been advised to follow the ‘Test Track Treat’ strategy, and ramp up the testing with special focus on containment zones. Sustained and aggressive testing is crucial for early identification of cases and prevention of the further spread of infection, the Health Ministry had said.

COVID-19 Testing To Be Increased In Cuttack City

‘COVID Bandhus’ of Ganjam Succour In Fight Against Coronavirus