Couple who arrived from Canada isolated for Coronavirus testing in Odisha 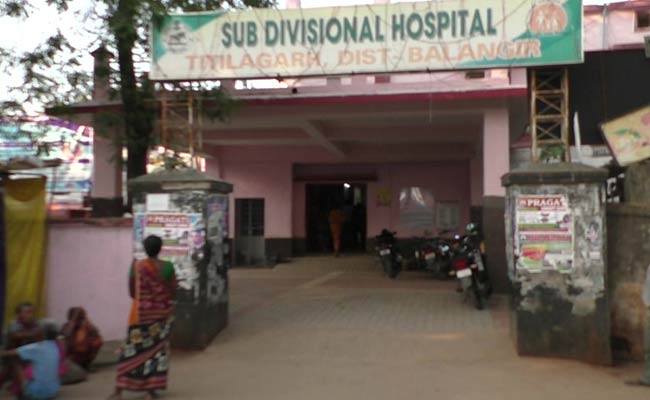 Titlagarh: A couple who arrived in Titlagarh in Bolangir district from Canada has been kept under isolation at the Bhima Bhoi Medical College and Hospital for Coronavirus testing.

According to sources, the couple arrived at Titlagarh from Canada to attend the last rites of one of their relatives. Based on the fact that Canada has reported Coronavirus cases, the Bolangir district administration authorities reportedly admitted the couple to the hospital for testing as per the prescribed protocol.

As per the hospital authorities, the couple has been kept in isolation ward and their blood and swab samples have been sent for tests. On being asked, the couple said that both of them have no symptoms and were also cleared during screening at the airport.

“We got information about the couple, who came from Canada recently. We approached them and they cooperated to undergo Coronavirus testing,” said Titlagarh sub-collector, Sudhakar Nayak.

Meanwhile, Odisha government has ordered shutdown of educational institutions till March 31 as a precautionary measure to contain the spread of the virus that has taken over 5,000 lives while over 80 positive cases have been reported in India.

Chief Minister Naveen Patnaik declared COVID-19 as a ‘disaster’ for the State under the provisions of Disaster Management Act, 2005 to adequately empower our public officials to combat the spread of COVID-19. Moreover, an amount of Rs 200 crore has been earmarked to augment the Public Health Response Fund to combat the threat of the pandemic and for making the required expenditure.

Besides, the State government has made it clear that ‘Empowered Officers’ – Director of Public Health, Director of Health Services, Director of Medical Education and Training, all collectors and Municipal Commissioners have been authorized to take measures necessary to combat any outbreak of the Covid-19.

Column: Playing Around With The Lord’s Money