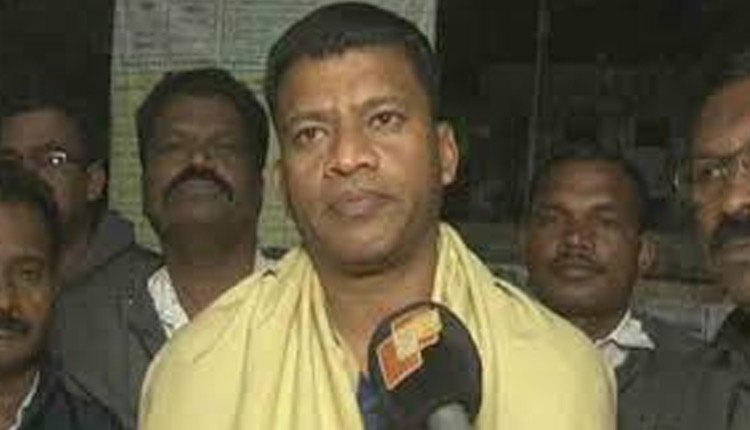 Malkangiri: Swabhiman Anchal, erstwhile cut-off region in Malkangiri district is not just combating the Maoist menace and problems concerning basic amenities, but many other issues it seems. Allegations are now rife that there is rampant corruption in the implementation of Swachh Bharat Abhiyan programme and the Pradhan Mantri Gram Sadak Yojana (PMGSY) in the area.

Following a day-long visit to the interior pockets on Monday, Pradeep Majhi, working president of the Odisha Pradesh Congress Committee (OPCC), alleged that the work under the Swachh Bharat Mission’s Open Defecation-Free scheme, which started in 2019 in not even half-way through, however, the complete job-billing has been done.

The government had further announced a special package for the development of Swabhiman Anchal wherein crores have been sanctioned for construction of roads under the PMGSY to connect interior villages with the rest of the areas. However, the work in progress or is claimed to have completed is sub-standard. After reviewing the work undertaken, it is assumed that almost 70 per cent of the total funds have been misappropriated during implementation of the construction scheme, the Congress leader alleged.

Majhi has mentioned that close to Rs 16.40 crore has been siphoned off for construction of toilets and roads in several villages in Swabhiman Anchal.

After completion of BSF camp at Gorasetu, the construction work of PMGSY road – Khajuriguda to Similipadar in Swabhiman Anchal started recently. BSF along with police are providing security, sources said.

“For the all-round development of the Swabhiman Anchal, the State government will spend Rs 100 crore which will be utilised for construction roads for better connectivity and electrification in remote areas. Steps will be taken to ensure better irrigation through deep bore-wells”, Chief Minister Naveen Patnaik recently announced during a virtual interaction with the locals of Swabhiman Anchal.

Odisha DGP has said roads, telecommunication towers, schools, health centres and anganwadi centres are being developed in Swabhiman Anchal to ensure that development in the real sense reaches the people of cut-off area.