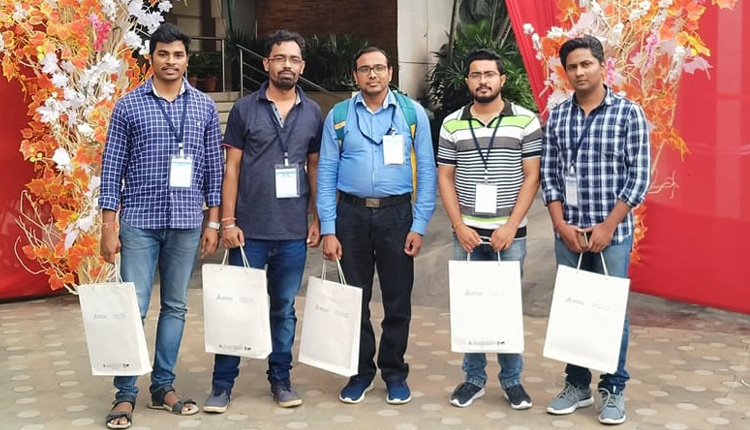 Berhampur: While the world awaits eradication of the lethal virus, Union Health Minister has asserted that India is expecting a COVID-19 vaccine by early next year likely from more than one source. Though the wait is prolonged, there has been a lot of talks now on a recent survey by IISER Berhampur which suggests that a combination of drugs can be an effective therapy against COVID-19.

A team of researchers from the Indian Institute of Science Education and Research (IISER) Berhampur led by Dr Malay Kumar Rana, Assistant Professor of the Department of Chemical Sciences, has proposed ivermectin, famotidine and doxycycline for combination therapy against COVID-19.

Given the current situation, Dr Rana suggests that a rational combination of safe and cheaper drugs like ivermectin, famotidine, and doxycycline can be therapeutic against the viral disease.

The proposal has been published in the peer-reviewed journal ACS Pharmacology & Translational Science as a viewpoint. “The evidence points that the trio of drugs may have synergistic and robust action, warranting immediate clinical trials,” commented Prof KVR Chary, Director of the IISER Berhampur.

As per reports, all three drugs are FDA approved and available in the market at a much cheaper price. Earlier, scientists at the Monash University in Australia claimed that ivermectin can kill coronavirus (SARS-CoV-2) within 48 hours, which has gained considerable attention worldwide. On the same lines, scientists also found famotidine to be associated with improved clinical outcomes and a reduced risk of incubation or death in COVID-19 patients.

In our previous two studies, published in ‘Journal of Biomolecular Structure and Dynamics (JBSD)’, we demonstrated the binding insight, mechanism, and plausible targets of these two drugs, said the first author of the paper published in ‘ACS Pharmacology & Translational Science’, Dr Parth Sarthi Sen Gupta, a postdoctoral fellow in the research group.

Doxycycline, an antibiotic in the tetracycline group with antimicrobial and anti-inflammatory capabilities, could help fight against COVID-19 with the other two drugs, producing a synergistic effect.

“Based on the evidence, we propose that famotidine and ivermectin would act sequentially with a synergistic effect and doxycycline will augment it by reducing any inflammation”, the authors wrote in their survey.

“All three drugs have different modes of action. Famotidine, a histamine-2 receptor blocker used to treat heartburn, would probably act as a first-level barrier for neutralizing stomach acid and/or inhibiting polyprotein processing and ubiquitination during COVID-19 viral infection. Ivermectin, the anti-parasitic drug, is likely to act as a second-level barrier directly to stop the replication of the virus inside infected cells. In the overall process, doxycycline would fortify the effects by reducing inflammation, if any, caused by the viral infection. Because the drugs will act at different levels of the virus infection, the trio can ascertain sheer inhibition of the virus”, said Dr Rana.

He further stated, “As the drugs in the suggested combination are quite safe, relatively cheaper, and have individually fetched some positive results in the treatment of COVID-19 in multiple cases, there is an urgent need of well-designed, randomized, and controlled trials to assess the efficacy of the trio-combination for the improved treatment of COVID-19”.

Dr Rana has however cautioned the general public against using the suggested combination of the drugs without medical supervision.