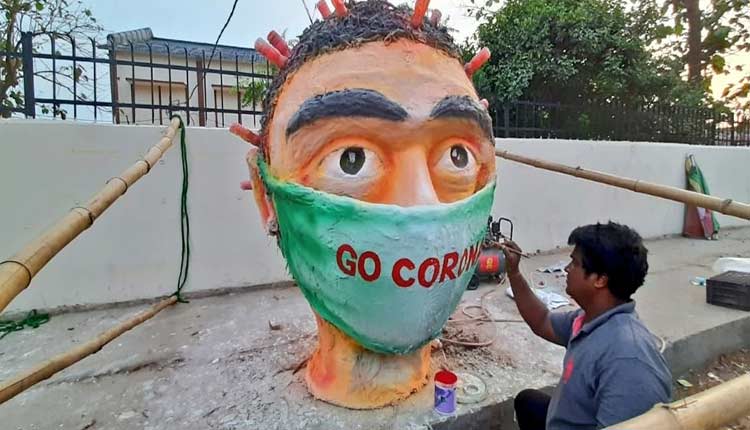 Bhubaneswar: As coronavirus cases continue to explode in Odisha with over 4000 positives every day, the current scenario indicates that the State is going through a peak, while experts believe the Covid curve might start plateauing in next two months.

So far, the progression of the disease has been quite uneven if districts, corporations, cities or its zones are considered, which has made it difficult for epidemiologists to predict the future of this complex curve.

It is also being feared that Odisha has moved towards the fourth or the most critical phase of Covid transmission, i.e. the community spread, which may be detrimental to the entire population, especially the elderly and vulnerable.

Reports suggest that per day testing has substantially decreased if current daily figures are compared to August-end testings.

On August 22, Odisha conducted a record 68,906 COVID-19 tests of which 2993 were tested positive. Three days later, the officials conducted 63,209 tests out of which results of 3371 samples came out positive. On August 27th, 3384 of the 68090 samples tested were found positive, but the numbers declined thereafter despite a high positivity rate.

The numbers came down in ‘peak September’. In last 3 days, the healthcare officials have tested a little over 1.47 lakh samples of which 12,156 have been tested positive for Covid-19.

Looking at the current trend of 4000-plus daily positives, senior health experts are anticipating that this peak would continue till mid-October and then decline around November 17.

If only, people abide by the advisories/guidelines in a proper manner, the State is likely to witness a plateau by November 17, the experts have predicted.

“Next two months will be most critical because we are going through the 4th or extreme phase of Covid transmission. Cases will start declining from the second week of October,” said Dr Niraj Mishra.

As far as situation in twin cities is concerned, Bhubaneswar has registered 17,620 cases so far while Cuttack’s cumulative caseload stands at 8720. Cases in these areas will fall in some days, as was the case in Berhampur, the expert added.

Further contact tracing is still continuing.
Primary contacts & nearby houses are being quarantined, sanitized & will be under active surveillance. pic.twitter.com/LDhJ2M81S6

Another 145 recoveries (16 September data) have been reported recently! KUDOS to all doctors & healthcare staff. pic.twitter.com/OT239Cwu5b

Recently, Union Health Minister Harsh Vardhan informed that Covid testing in India has touched 1 million tests per day which translates to 720 tests per million population daily. Odisha, too, needs to ramp up testing as it is seeing a higher positivity over the last few days.