Column: Playing Around With The Lord’s Money 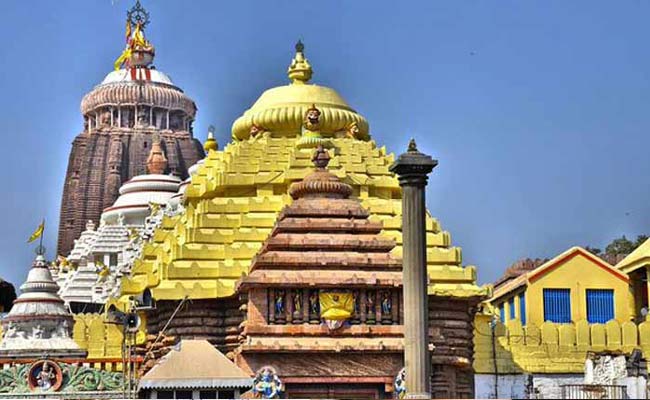 The corona virus scare could not have come at a more convenient time for the ruling dispensation. It provided the government the excuse it was looking for to adjourn the ongoing budget session of the Assembly just when things were getting too hot to handle in the House over the suspicious deal involving deposit of Rs. 545 crores belonging to the Jagannath Temple in the crisis-ridden Yes Bank. It also gave the ruling party some much needed breathing time to work out a better strategy to face the opposition on the issue when the Assembly reconvenes (assuming that it does) on March 29 for the remainder of the session.

But the events of the last few months in general and since the RBI moratorium on the bank leave no room for doubt that the government is caught on a real sticky wicket over the issue. Something just does not add up. The more the government wants to wash its hands off the Shree Jagannath Temple Administration (SJTA) decision to park Rs. 592 crores of temple funds in Yes Bank, the more it keeps tying itself in knots.

When the Yes Bank crisis hit the headlines on March 7, Law minister Pratap Jena was quick to allay apprehensions about the safety of the temple money and assure the people that the temple funds deposited in the beleaguered bank in the shape of two term deposits was ‘absolutely safe’. Barely three days later, Finance minister Niranjan Pujari wrote to Union Finance minister Nirmala Sitharaman requesting her “to issue necessary instructions to the RBI to allow Jagannath temple to withdraw the deposits from the Yes Bank.” If the money was safe, as the Law minister had assured the people three days earlier, where was the need for an early withdrawal? The term deposits, in any case, would have matured on March 16 and 29 respectively, as he had informed. So where was the urgency?

When questions were raised about the propriety of temple funds being parked in a private bank in gross violation of the temple rules, ruling party spokespersons, instead of answering the questions raised, came out with the laughable ‘explanation’ that Yes Bank was a scheduled bank operating under the rules and guidelines of RBI! Not a word was said about the temple rules and whether any of it was violated. The facts that have emerged in the public domain so far suggest that Yes Bank was not in the list of 22 banks approved by the state Finance department where government money could be parked when Rs. 592 crores was deposited by the SJTA in March last year, thus flouting rules. Yes Bank was added to the list, almost as an afterthought to accord post-facto approval for the dubious transaction, only in July last year, four months after the money was deposited!

And now Finance minister Niranjan Pujari’s statement on the issue in the Assembly yesterday has raised more questions than it has answered. He said the decision was taken by the SJTA in a transparent manner and tenders were floated for the purpose. Twelve banks submitted quotations of which Yes Bank was chosen because it offered the highest interest rate of 8.61%, the minister informed the House. In the same breath, he also said the Temple Management Committee manages the funds of the temple and the government does not interfere in it. Look at the subtle attempt to juxtapose the specific with the general – SJTA took the decision but government doesn’t interfere in such things – and obfuscate the whole issue in the process! It was not clear from the minister’s answer whether the temple management committee had taken the call, gave the sanction for it or, at the very least allowed it in this particular case.

But anyone who has kept track of the developments on temple funds knows that members of the Temple Management Committee had, at a meeting on December 20 last year, expressed serious concern and outrage over the fact funds of the Lord had been taken out of a nationalised bank and deposited in a private bank keeping the Committee completely in the dark. Even the Gajapati King is believed to have expressed serious concern at the meeting. A decision was taken at the meeting to immediately withdraw the 47 crores deposited in the same bank as a flexi deposit.

The Finance minister’s bluff was called by Madhab Mohapatra, a member of the finance sub committee of the Temple Management Committee, barely hours after his statement in the Assembly. He spilled the beans on what had transpired at the Committee meeting on December 20 and laid the blame squarely on the shoulders of Bijay Sahoo, the chartered accountant member, for not keeping the body posted about such a crucial decision.

However, it would be unfair to blame Sahoo solely for the dubious deal. It is the collective failure of the Finance department and, by implication, the government itself. Those who keep track of the finance and banking sector were already aware that Yes Bank was hurtling towards a crisis when the decision to and deposit the temple money in the bank was taken in March, 2019. How did the Finance department, with its retinue of fat salaried experts, miss out on this? If nothing else, the fact that the money was deposited in a bank not in the list of its own approved list should have sent alarm bells ringing. But nothing of the sort happened. Two developments suggest complicity at the highest level. First, Yes Bank was added to the list of approved banks four months after the transaction. And second, the Temple Management Committee, the rightful authority to take a call on the issue, was kept completely in the dark about such a crucial decision.

In the absence of any concrete proof, it would be unfair to repeat the allegations levelled by BJP leader Mohan Majhi against two keep officials of the SJTA: its then head Pradipta Mohapatra and chartered accountant Bijay Sahoo. But anyone with even a cursory knowledge about how things run in the banking sector knows that such big ticket deposits are seldom done – and certainly not in such hush hush manner – for charity.

The state government’s explanation that the money was deposited in Yes Bank because it offered the highest rate of interest just doesn’t wash. It is not money belonging to a speculative, profit seeking individual but the Lord Himself! Hence, safety rather than profits should have been the priority. If profit was the soel consideration, the SJTA could as well have invested in the share market!

The conclusion: officials have merrily played around with the Lord’s money and the religious sentiments of crores of Jgannath loving Odias.

Couple who arrived from Canada isolated for Coronavirus testing in Odisha