Column: Do Rape-Murder Convicts On Death Row Deserve Any ‘Mercy’? 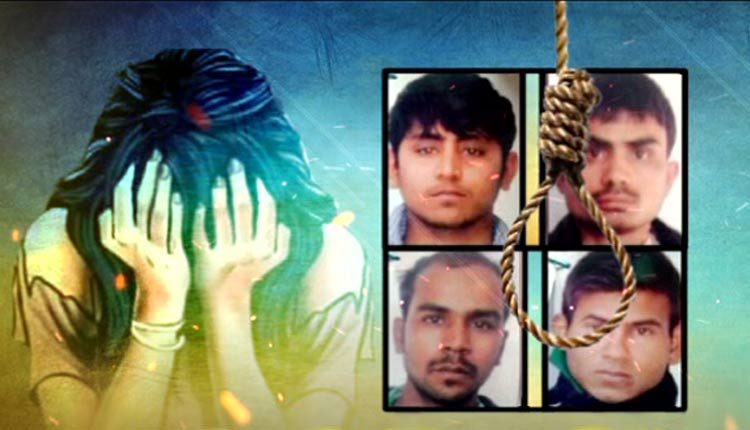 It’s not over yet. Before we exult that “Justice has finally been done to Nirbhaya’, let us not forget that the four beasts who brutalized the 22-year old paramedic on a cold evening in Delhi seven long years ago still have the option of filing a curative petition against their death sentences. And minutes after a Delhi court cleared the decks for their execution on January 22 by issuing death warrants against them today, their lawyers have already made it clear that they are indeed going to file such a petition. Thus, we haven’t really heard the last of it, though it is highly unlikely that the courts would uphold it.

The long, tortuous course that this case, which united the country to revolt against the fast-growing menace of rape like nothing else had done before, raises the question: should perpetrators of such heinous crimes have the luxury of taking the justice system for a jolly good ride by using legal provisions like review petitions, curative petitions and mercy petitions to delay going to the gallows AFTER the Supreme Court has upheld their death sentence?

To put things in perspective, the Supreme Court upheld the death sentence against the four on May 5, 2017. In other words, the convicts have used legal loopholes to delay the inevitable for over two and a half years now. In fact, it would be no exaggeration to say they have made a mockery of the legal system. Just sample this. After their conviction on May 5, 2017, they should have filed the review petition in 30 days, i.e. by June 4, 2017. But they made use of a provision in the law to get this 30-day deadline condoned. Mukesh finally filed his review petition on November 7, a good five months later. Vinay and Pawan filed theirs in December 2017 and Akshay did so – hold your breath – only on December 9, 2019! Among the reasons cited by his lawyer for the delay were the death of the mother, father-in-law not keeping well and Akshay was a poor person and hence didn’t have the luxuries that others have!!

That was not all. After their review petitions were rejected, the convicts should have filed their curative petitions within 30 days. But they did nothing of the sort and waited till the death warrants were issued today to do so. At every stage of the long drawn out trial, the convicts, through their lawyers, did everything they could to delay the process. When the case was in the Delhi High Court, they came up with the preposterous objection that the proceedings of the trial court were in English, which they didn’t understand. The court accepted their plea and the special investigation team (SIT), which probed the case, had to burn midnight oil getting hundreds of pages of papers translated. Perhaps encouraged by the leniency shown to the juvenile, who was part of the gang of rapists-murders, two of the four other convicts claimed during the trial in the lower court that they too were juveniles. The SIT had to go to their villages and get records from their schools to prove they were not. But there was a delay of weeks in the process.

On the day the equally spine-chilling Hyderabad gang-rape and murder of a young vet took place, President Ramnath Kovind made a case for denial of the mercy petition against convicts in minor rape and murder cases. The President’s comment was unexceptionable. But the question is why restrict it only to those who target minors? Why not bring all such ‘rarest of rare’ cases within its purview. Once the apex court has found a case to be ‘rarest of rare’ and awarded the death sentence to the convicts, there remains no valid ground for any ‘mercy’ to the convict. The ends of justice and fair trial would not be denied if the convicts in such cases are hanged immediately after the apex court delivers the death sentence. As it is, there are plenty of loopholes in the law for convicts to exploit and delay the trial through the lower court, high court and Supreme Court. Why extend the agony and torture for the victim’s family any further? After all, the Supreme Court would not give the death sentence to anyone without giving him more than a fair chance of proving his innocence even if there is clinching evidence against him – as in the case of Ajmal Kasab.

The nationwide reaction to the ‘encounter’ of the four convicts in the ghastly Hyderabad gang rape-murder case was only the latest proof that the people’s patience and faith in the justice system is eroding fast. This one measure – denying any ‘mercy’ to a person sentenced to death by the Supreme Court – would go some way in restoring some trust on the courts.

It goes without saying that this measure needs to be followed up with a series of other measures – better, more scientific investigation by police, more dedicated fast track courts, refusal of the plea for adjournment on frivolous grounds and so on – before confidence in the judicial process is restored fully. If all these measures are not taken, calls for the public execution of rape convicts would only grow louder.