Closing Down Schools Not Our Aim, Govt Focusing On Quality Education: Odisha Minister 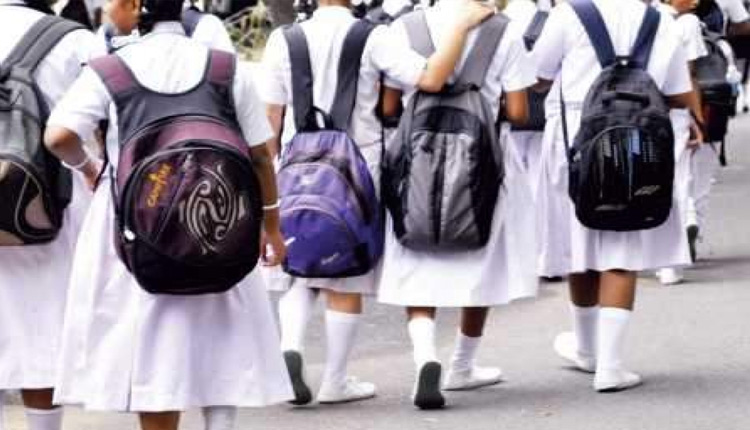 Bhubaneswar: On the second day of the monsoon session Saturday, Opposition BJP and the Congress stalled the proceedings of the House and cornered the ruling-government over its decision to close down thousands of primary and upper primary schools.

Speaker SN Patro issued a ruling on the closure of schools in the state, asking the Mass Education minister to submit clarification on the matter in two days. The Opposition parties, however, went all guns blazing at the ruling-BJD and continued with their protests. Following the ruckus, the Speaker first adjourned the House for 15 minutes initially and then again till 3 PM.

Responding to the issue, School and Mass Education Minister Sameer Ranjan Dash stated that the government is focusing on quality education and wants to further enhance it, but closing down schools has never been the aim.

“There is no truth in the claims that 13000 schools would be shut down. Despite a poor student strength, we are running 300 schools keeping in view the interest of the students. Those that are being shut either face shortage of teachers or do not have proper classroom and infra facilities. The process to close 7772 primary and upper primary schools (Class 1-7) is underway,” Dash said in his clarification.

Meanwhile, furious over the permanent closure of 7000-odd state-run schools, Tara Prasad Bahinipati threatened to kill himself by slitting his throat in front of the Speaker. “It’s a plan of the government to keep children away from their basic rights of education. They must rethink the closure decision,” Tara said.

Senior Congress MLA Narasingha Mishra accused the government of putting students’ basic rights to an education at risk and asked the concerned minister to take required measures so that students are not deprived of education.

The Bharatiya Janata Party also raised similar concerns and has given 15 days ultimatum to the government to roll back its decision. “The school dropout rate will spike further. We want the government to revisit its decision and drop the plan within the next fortnight, or else we will be forced to wage a war in front of the offices of district education officer (DEOs) and Collectorates across the State,” BJP leader Prithviraj Harichandan has warned.

On the other hand, BJD MLA Debi Mishra has mentioned that necessary guidelines are being followed in this regard. “The government is not closing down schools as per its whims and fancies. Prescribed guidelines would be followed. Block-level, district-level and state-level committees were formed to look into the issue, and based on the committee’s observations the government decided to shut down such schools.”

As per reports, the state government has decided to close down close to 8000 primary and upper primary schools where the student strength is less than 25. The mass education minister, however, has assured that the students of these schools would be enrolled in nearby schools which have better education facilities.