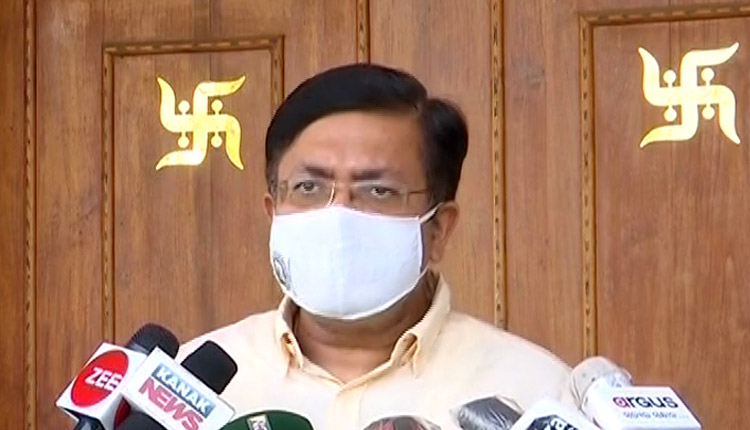 Bhubaneswar: The Bharatiya Janata Party on Friday slammed the decision of the Odisha government to shut down about 9000 primary schools having student strength less than 25. The party threatened to launch a massive protest across the State demanding immediate rollback of the decision.

Terming the move terrible, BJP State general secretary Prithviraj Harichandan expressed concerns that the school closure decision will boomerang as it will only increase the dropout rate to 80 per cent.

“The State government has taken a shocking decision to shut down about 9000 primary schools, but people of Odisha will not accept the move,” Harichandan said.

BJP’s Prithviraj Harichandan slams #Odisha govt over its decision to close down 9000 primary schools with a student strength below 25; says “Decision unacceptable. School drop out rate will further increase. We’ll stage a dharna at edu dept if decision is not revoked in 15 days.”

He said every year about 11 lakh children enroll in primary schools of which only five lakh appear for the annual high school certificate (HSC) examinations. The rest six lakh students drop out of schools each year.

The saffron leader further questioned the State government to explain the detail criteria for mulling closure of the schools.

Stating that establishment and running of schools is the moral responsibilities of the State government, Harichandan warned that not a single school will be allowed to close down in Odisha.

“We demand the government to revisit its decision and drop the plan to close down the schools,” he said.

The BJP has given 15 days ultimatum to the government to rollback its decision. “If the government does not the take right decision in this regard within the next fortnight, we will wage war in front of the offices of district education officer (DEOs) and Collectorates across the State,” Harichandan added.

UP Banks On Organic Farming To Boost Farmer’s Wealth