Claymore Mine, Revolver Recovered From Maoist Ammunition Dump In Odisha 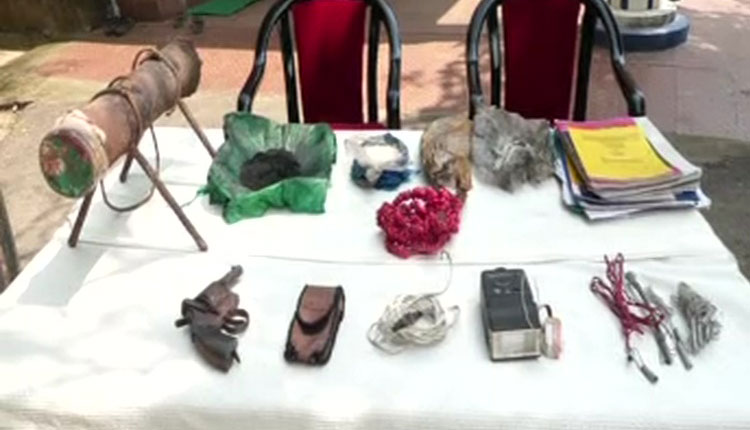 Malkangiri: In yet another breakthrough, security forces on Monday recovered a country-made revolver, claymore mine and other explosives from a Maoist dump in Malkangiri district.

Senior police officials informed that the Maoist dump was unearthed during a joint combing operation launched by SOG and BSF jawans at several places under Jodamba police limits in the district.

Apart from the country-made revolver and claymore mine, the security forces have also recovered eight detonators, oxygen cylinders, camera flashes and other Maoist literature from the spot. It is suspected that the explosives were stored by the red-rebels to target civilians and security forces, police said.

Earlier on October 19, huge quantities of explosives including slurry and emulsion explosives (18 pcs), gelatin (500 pcs), camera flash (3 pcs), wire (15 mts), splinters (1200gms) and other Naxal literature were seized from a Maoist dump near the Koraput-Malkangiri border.