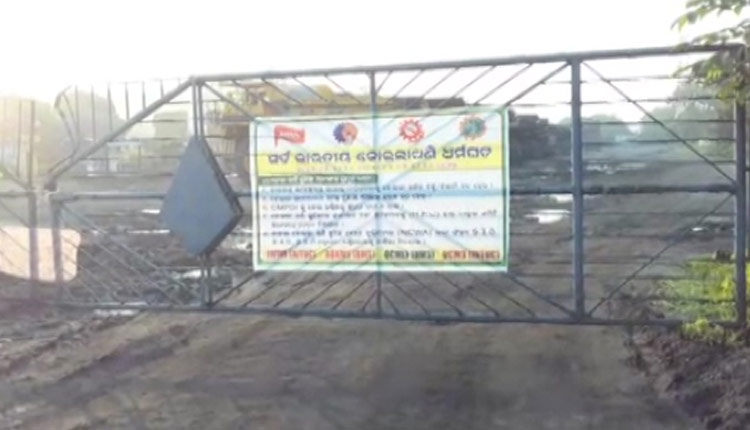 Angul: Mining operations have come to a grinding halt in Mahanadi Coal Fields on Thursday after the trade unions of Coal India Limited (CIL) began a three-day nationwide strike from today opposing the Centre’s decision of commercial mining by private companies.

Coal production and supply have remained closed in MCL due to the strike. Different trade unions were seen protesting outside the General Manager’s office of the MCL.

With the disruption in mining activities, fuel supply to State-owned power plants NTPC and NALCO have also been hit.  Due to the stoppage of work in Talcher Coalfields, the power plants in other parts of the country will soon be facing fuel storage, as coal supply through roads and trains are also hindered.

Earlier, Union Coal Minister Prahlad Joshi had made an appeal to CIL trade unions not to go on strike and said there were no plans to either divest the PSU or hive off CMPDIL, Coal India arm, from the Maharatna firm.

Despite government assurances, the trade unions decided to go on with the three-day-strike. The Unions are against the privatization and also demanded a ban on private mining, higher wages for contract workers and jobs for family members of employees found medically unfit.

Notably, the government in February this year, in a major reform in the coal sector since its nationalisation in 1973, allowed private companies to mine the fossil fuel for commercial use, ending the monopoly of state-run Coal India.