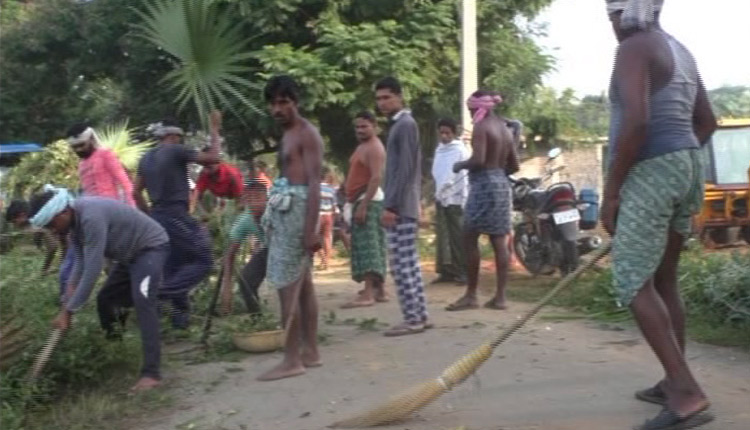 Subarnapur: Allegedly tired of administration apathy, the youths of Bilung village in the district took it upon themselves to clean the area and the road connecting it to the Bilung chhak.

For over a decade now, they alleged, their appeals to the concerned officials have gone in vain, which has now forced them to clean the garbage, broken trees and other waste materials reportedly dumped along the 1-km stretch of the Bilung road.

“There was garbage strewn around, and broken trees and roadside-plants which not only made commuting a risky affair but also increased the chances of accidents. We have been facing this for the last 10 years. Without waiting any further for administration to do the needful, we decided to take this urgent step for the safety of all,” said Ashok Mahakur, Hilung Sarpanch as he hailed the efforts of the locals.

Around 50-60 youths joined hands to clean the 1 km stretch of the road passing through the village to ensure that roads remain clean, subsequently reducing the health hazards. “Because of the collective effort of the youths, the road has been cleared of garbage. Some 50-60 people of the village came together and made sure the problem is sorted,” said another villager alleging that they did not receive help from any quarter.

This unique way of safety and cleanliness management has for sure raised fingers at the alleged apathy of the block and district administration officials.

The concerned authorities, however, are yet to respond to the allegations.

Read: Govt Apathy! Villagers Build Bridge On Own In Odisha