Bridegroom picked up by police on wedding day in Cuttack 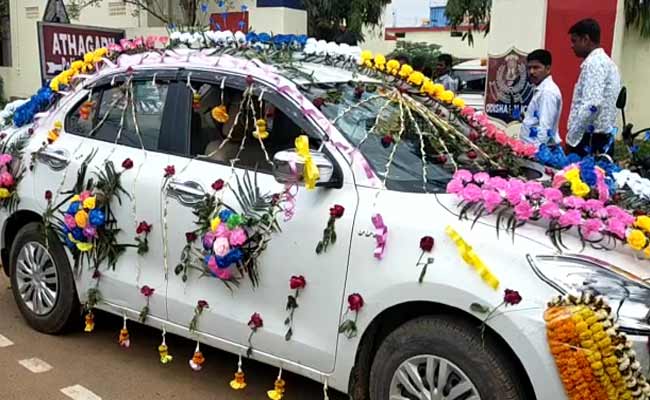 Cuttack: The excitement of wedding day turned awful for a bridegroom after he was picked up by police while heading towards the marriage venue at Samasarpur village under Athagarh area of Cuttack district today. Cuttack SP (Rural) Radha Binod Panigrahi informed that the youth Prakash Swain of Talabarkote village in Dhenkanal has been arrested over a pending case against him.

At around 12 PM today, Swain’s ‘baraat’ procession was en route to Samasarpur village when seven to eight officials of Banki Police Station in civil dress intercepted his vehicle at Sapua Bridge in Athagarh and forcefully took him with them.

While initially it was suspected that Swain has been abducted by miscreants, Cuttack SP (Rural) later clarified that he has been arrested by police.

Sources said Swain was one of the accused in a murder case over a land dispute at Kadalibadi under Banki area of Cuttack in 2018. While two persons were arrested and court forwarded in connection with the incident, Swain was at large since then.

Ananta Swain, groom’s elder brother said, “The marriage was scheduled to be solemnised at around 11 AM today. While we were heading with the baraat, some persons in civil uniform took him away forcefully. They also manhandled my family members who were present inside the vehicle. The officials could have arrested him earlier.”

Meanwhile, Swain’s family has criticised Banki Police for arresting him on his marriage day and demanded Swain’s immediate release.

“If a warrant was issued against his name, the police officials could have arrested him earlier. Why was he arrested today? They forcefully took my brother-in-law in their vehicle. We will lodge FIR against the police,” threatened Prakash’s sister-in-law, Rajashri.

As per latest sources, Swain has been court-forwarded. The Banki Police, however, is yet to comment on the matter.