As the spine chilling details of the Kathua gang rape case make it to the mainstream media, comparisons are inevitably being drawn with the horrific Nibhaya gang rape case of Delhi in 2012. But there are at least three reasons why the latest case is more abominable and a greater shame on humanity than the […]

As the spine chilling details of the Kathua gang rape case make it to the mainstream media, comparisons are inevitably being drawn with the horrific Nibhaya gang rape case of Delhi in 2012. But there are at least three reasons why the latest case is more abominable and a greater shame on humanity than the outrage in Delhi on that cold December night six years ago.

First, those who perpetrated the ghastly crime in Kathua were not some drunk men out of their senses. It was not a spur of the moment decision to gratify carnal desire, but a well planned, cold blooded act by a group of depraved men out to 'teach a lesson' to the Bakerwal community that the victim belonged to. Second, the victim was an innocent girl, all of eight year old, who knew nothing about the ways of the world. Third, it was perpetrated in the name of a religion that claims superiority on the strength of the it's 'five thousand year old' history. The worst crime pepetratred on women by the Islamic State (IS) in the name of the religion in Iraq, Syria and other places pales in comparison with the Kathua outrage.

That a man could engage his own underage nephew for such a heinous crime and the juvenile in turn could invite his cousin to join the 'fun' while the hapless girl lay sedated for days is as much a commentary on the deteriorating morals of the Indian society as a whole as it is an indication of the degeneration of the Great Hindu Undivided family. And the fact that three of the arrested culprits are policemen, including the man who is said to be the the main conspirator, suggests that Indian police would stop at absolutely nothing in their desperation to earn a few bucks or to bail out their co-religionists, rule of law be damned!

While the crime itself makes one wonder if the term 'beastly' we frequently use to describe such crimes is a gross injustice to the beasts, what is even more revolting is what followed after the Jammu and Kashmir crime branch filed the charge sheet in the case recently. In an act that makes them completely unfit to wear the black gown, lawyers of the Jammu Bar Association tried to physically prevent Crime Branch from submitting the chargesheet in the court. Worse still, the judge himself was reluctant to accept the charge sheet and did so only after the J & K high court ordered him.

Also read: Why Caste-based Reservations for SCs, STs Must Stay

As if that was not bad enough, a little known organisation called Hindu Ekta Manch organised a bandh and marched through the streets of the town with the tricolor in hand and "Jai Sri Ram" on their lips in protest against the arrest of the perpetrators. Even two ministers in the J & K government thought it fit to join the protest march even at the risk of further straining the already strained relationship between the BJP and PDP.

While some BJP leaders in UP and elsewhere have come out in open defence of the arrested accused, top leaders of the party, barring Gen. VK Singh, have either remained silent or, like Minakshi Lekhi, made a pathetic effort to obfuscate the issue by raising questions about why the gang rape and murder of a minor girl in Assam did not lead to similar outrage in the national media.

What makes the silence even more glaring is the way the BJP government in UP has dealt with the case of the rape of a girl by the party's Unnao MLA. Even às the girl's father died in police custody and girl attempted self immolation in front of the Chief Minister's residence, the accused MLA Kuldeep Singh Sengar continued to roam free for nearly a week. Even when the pressure of the nationwide outrage got too hot to handle, the UP police chose to just detain him for questioning rather than arrest him as it should have done.

Even the reaction of the normally tweet-happy Prime Minister Narendra Modi was a case of too little too late, coming as it did only on Friday evening, three full days after the incident had started gnawing at the collective conscience of the nation from Kashmir to Kerala. It is possible that the PM was forced to react after The Quint, in a novel ploy to draw attention to his silence, ran a story on Friday morning headlined "Here is what Prime Minister Narendra Modi said on the Kathua and Unnao gang rape cases" followed by a cryptic line saying "This story will be updated as and when the PM says something on the issue!"

It is unthinkable how a party that takes great pride in the fact that it rules the country and as many as 21 states chooses to be on the side of the rapists and those who come out in their support rather than allow the law to take its own course and condemn such incidents in the strongest possible terms. It doesn't realise that in its eagerness to protect a a few of its own, it is turning the entire country against itself.

(DISCLAIMER: This is an opinion piece. The views expressed are author’s own and have nothing to do with OTV's charter or views. OTV does not assume any responsibility or liability for the same.) 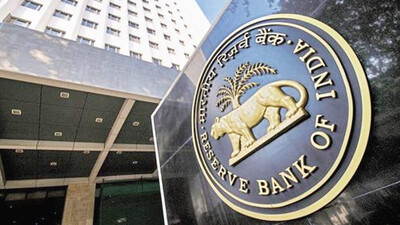 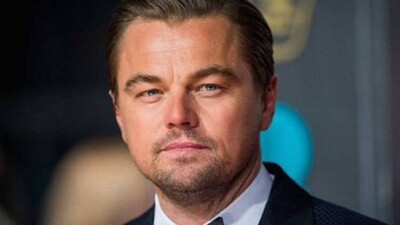