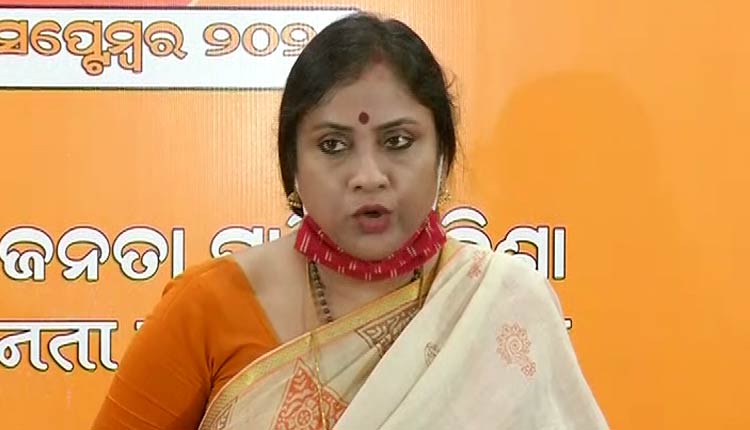 Bhubaneswar: The Opposition BJP on Wednesday launched a scathing attack on Odisha government over the alleged gang rape of a 15-year-old girl for 22 days in Cuttack.

Addressing a presser in Bhubaneswar, BJP’s state general secretary, Lekhashree Samantsinghar said, “Crime against women is on the rise in the State. The Class-IX girl student was gang-raped for 22 days and as the survivor is from Tirtol, how will the government face the people during the forthcoming bypoll.”

#Cuttack minor girl rape case: BJP’s Lekhashree Samantsinghar slams ruling-BJD, says ‘the victim is from Tirtol, how will the govt face people there during forthcoming bypoll’; she has also questioned the silence of State Women Commission, MoS (Home) & WCD Minister in this matter

“The ruling BJD is claiming support of voters of bypoll-bound Tirtol Assembly Constituency. When the government is failing to ensure safety of women, does it have any moral authority make such claims,” Lekhashree questioned.

The BJP leader further said the girl was sexually assaulted for 22 days in a city like Cuttack. “How come the police were unaware of the incident? What the police were doing?” she said.

Raising concerns that there might be a women trafficking racket behind the incident, Lekhashree also questioned the silence of the State Women Commission, MoS (Home Department) and Women & Child Development (WCD) Minister in the matter.

Reacting to the allegations, ruling-BJD leader, Debi Mishra said, “These are Lekhashree’s theories. I will not comment on that.”

Cabinet Okays ‘STARS’ Project: Odisha Among 6 States To Be Covered