BJP Khordha District President Reappointed Within A Week After Removal 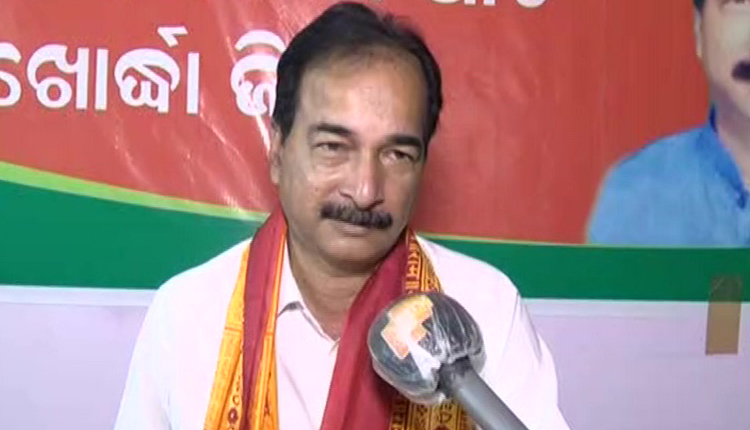 Khordha: Following wide-spread resentment within the party cadres and workers, the Khordha District president of the Bharatiya Janata Party (BJP) who had been removed from his position by the state leadership a week ago, has been re-appointed.

Sources said that the State President of BJP, Samir Mohanty had removed Mohapatra from the post following allegations of violation of party discipline and appointed Jatin Mohanty in his place. The information was conveyed through a press release bearing the signature of BJP’s State General Secretary, Golak Mohapatra.

However, the decision was reversed after seven days by bringing Mohapatra back at the same position in an announcement made through a one-line letter. While the decision raised many eyebrows within the party, speculations were rife over a possible intervention by the central leadership in putting pressure on the state unit for the reappointment of Mohapatra.

Mohapatra sought to dodge a direct question on allegations of rift among party workers over the issue. “This is an internal matter of the party. These kind of situations arise even amongst five brothers in a family.”

“We are all together as a party and I will make sure that we win the next elections,” he added.

According to party source, there was no consensus over Mohapatra’s appointment neither were opinions sought from the local MP and core committee members in connection with his removal which was the reason behind the resentment within the party ranks and workers.

However, when the simmering discontentment reached the central leadership, it intervened and reappointed Mohapatra as the District President of Khordha for a second time.