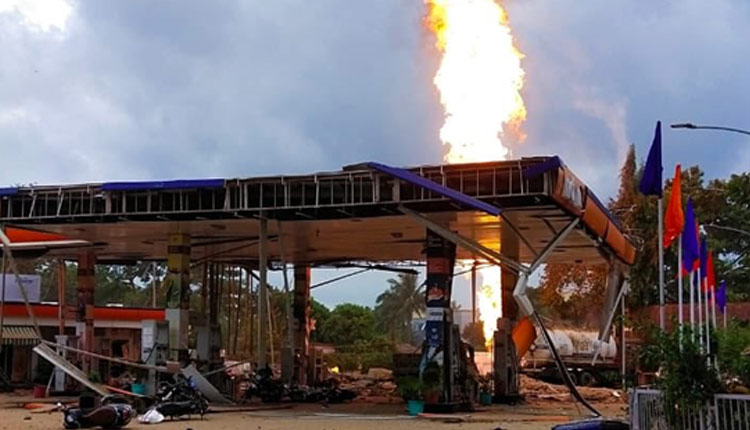 Bhubaneswar: Two senior officials from the Petroleum Ministry on Tuesday visited the petrol pump near Raj Bhawan in Bhubaneswar and carried out an investigation into the explosion which claimed one life and caused a massive destruction.

According to sources, the officials questioned the filling station employees about the mishap.

Notably, an underground CNG tank of the fuel exploded on October 7 claiming one life and leaving many wounded. One person is still missing in the accident.

Many vehicles including bikes and four-wheelers were blown away under the impact of the blast that eye-witnesses and passersby said it was like an earthquake.

Some local shops and residential buildings had also suffered damages due to the explosion.