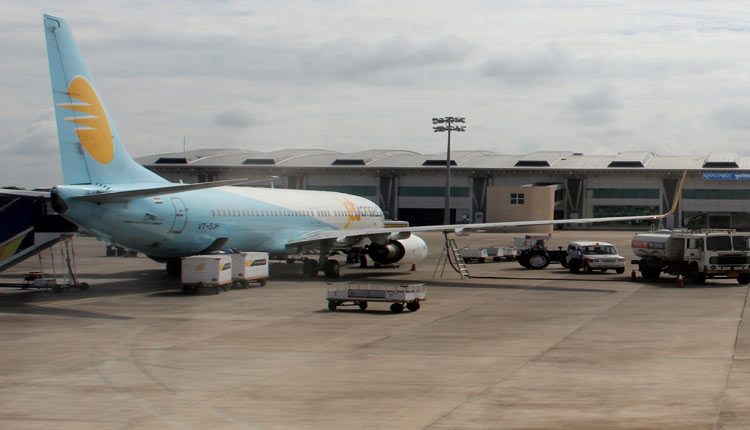 Bhubaneswar: The re-carpeting work of the runway at Biju Patnaik International Airport (BPIA) is yet to commence even though domestic flight operations resumed after a gap of two months.

As per reports, the re-carpeting work which was slated to begin at the airport from November last year in two phases could not be taken up due to technical issues and was rescheduled for April this year. When the BPIA authorities were gearing up for the project, the Coronavirus pandemic further halted the work.

Now that the authorities have given a go-ahead to the contractor finally, depleting labour force due to return of migrants has once again put a question mark on the renovation work. Sources said, with the onset of monsoon, the work cannot be started now in any way and it could get delayed further.

VV Rao, the Director of BPIA said, “We were all set to resume work in the first week of April 2020, but unfortunately the outbreak of Coronavirus stopped us. Now that the rainy season is around, we will commence work in September this year.”

Shedding light on the whole situation, Deepak Kumar Pathak, the Supervisor of East India Company, the company to which the re-carpeting contract has been awarded, said, “We can complete the job in four to six months once the work starts.”

The last re-carpeting of the 9,000 feet long lone runway of BPIA was done 10 years back.
Captain Raj Narayan Mohapatra, a pilot said, “Frequency of flights at BPIA has increased manifold in recent years. With an increased number of take-offs and landings, the runway is getting used up a lot and we need to repair that in order to make safe landings and take-offs.”

On the other hand, there were plans to construct a parallel taxi-way and an ATC tower at the airport too, which are currently going on as per the schedule.

Re-Carpeting Of Bhubaneswar Airport Runway To Commence In Feb, 2020

Bhubaneswar Airport Operations To Be Shut Down!