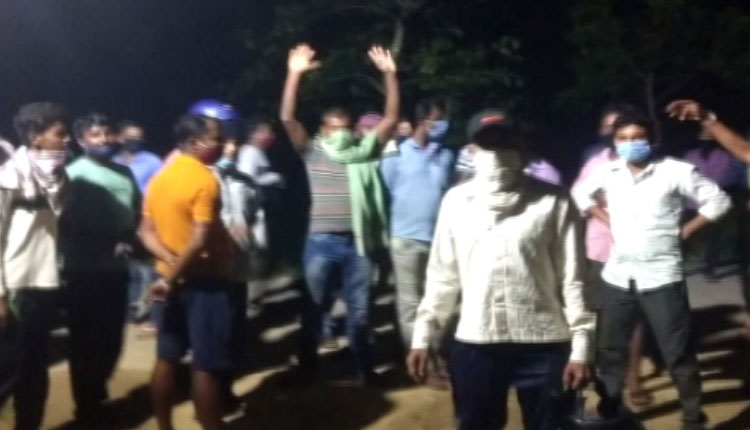 Balasore: Palpable tension prevailed at Channua village under the poll-bound Balasore Sadar Assembly constituency here on Monday as members of BJP detained a polling team alleging that the presiding officer in charge was showing favouritism and urging voters to cast their votes for a particular party.

Ahead of the by-election to the Assembly seat on November 3, polling of votes in postal ballots was underway in Channua village today. During the polling, some members of the BJP alleged that the presiding officer motivated elderly locals and handicapped voters to vote for a particular party. Irate workers of the party later detained the officer and sought an explanation from him.

The situation became serious when the voting process was disrupted due to the protests. Informed, police rushed to the spot and tried to pacify the locals.

Some BJP workers were also taken into custody by the police. Objecting to the police action, hundreds of BJP members staged a dharna in front of the local police station.

Basta SDPO Jalandhar Jali informed OTV that the team of polling officers and police were detained for some hours by the protesters. A team of police comprising SDPO, IIC and others held a discussion with the demonstrators and rescued the officials.

‘You Were Winners Then, You Are Winners Now’: CSK Out Of IPL Playoffs Race