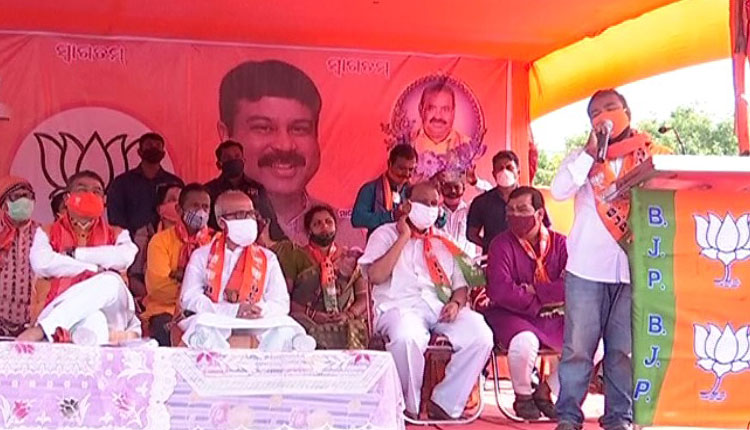 Balasore: With the by-elections for two Assembly seats in Odisha round the corner, three major political parties in the State – the BJD, BJP and Congress have intensified their campaigns in the Tirtol and Balasore Sadar constituencies to woo voters.The leaders of the three political parties have launched door-to-door campaigns and ditching in all efforts to gather maximum votes to their pockets.

With development his chief agenda in the manifesto for the ensuing polls, the Bhartiya Janata Party (BJP) candidate for Balasore Manas Dutta has launched his campaign along with his party workers and supporters.

Similarly, the Biju Janata Dal (BJD) candidate Swaroop Das along with top party leaders have started door-to-door campaign seeking support of the voters ahead of the poll. Das, with various state-sponsored welfare schemes as his agenda, is trying to fetch maximum votes in his favour.

At the panchayat, block level too, the candidates have been pleading for votes from the voters relying on personal interaction and rallies. Likewise, the Congress party has followed the same strategy while pushing for Mamata Kundu’s candidature.

The rallies have been advancing with each passing day in the Tirtol region as well, with all three main parties vying for the top spot in the constituency.