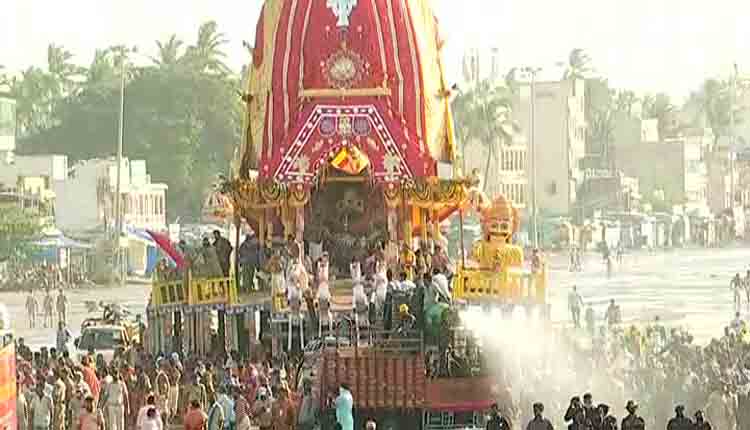 Puri: In view of upcoming Bahuda Yatra (return Car Festival) of Lord Jagannath in Puri, the district administration on Saturday announced to enforce curfew across the district from 10 PM of June 30 to 10 PM of July 2.

“As per the direction of the Supreme Court, we have declared shutdown to be enforced from 10 PM of June 30 till 10 PM of July 2 across the district,” said Puri Collector Balwant Singh.

“Bahuda Yatra of the Lords will be held on July 1, Suna Besa on July 2, Adhara Pana, the day after that and the homecoming ritual of the deities i.e. Niladri Bije will be conducted on July 4. There will be restrictions on non-essential movement of public during these four days so I request all to have darshan of the Holy Trinity by staying at home,” Singh said.

He said no vehicular movement other than essential and medical needs will be allowed during the period. All roads connecting Puri from other districts will be sealed.

“We have also asked all hotels and lodges in the district not to accommodate tourists and visitors during the four days and continue their bookings only after that period,” the Collector said.

All commercial setups at Bada Danda will also remain shut. We will undertake a detailed survey of the house, temples, mosques, mutts and other religious institutions near the Grand Road tomorrow. After the inspection, only those people who are natives of the area will be allowed to stay. Apart from them, if we find any relative or visitors of the locals or non-residents of the area who have come to stay in the city in view of the festival, action will be taken against them

China’s Military Aggression Across The Himalayas Is Not First & Won’t Be The Last: Lobsang Sangay