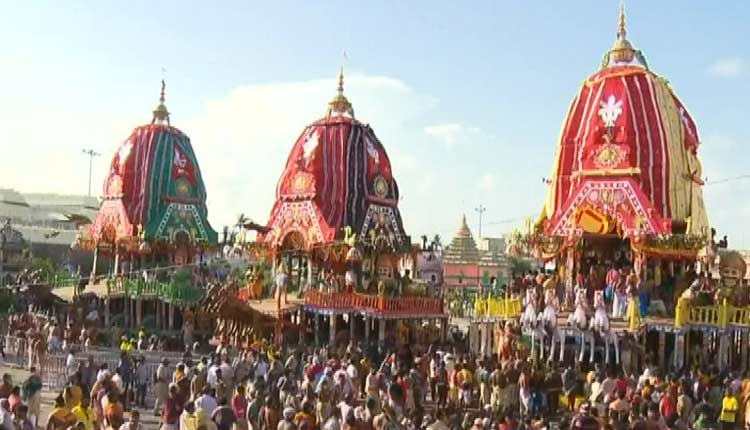 Puri: Bahuda Yatra, the return journey of Lord Jagannath, his elder brother Lord Balabhadra and their sister Devi Subhadra concluded on Wednesday after the deities reached Singhadwar upon completion of nine-day sojourn at Sri Gundicha Temple.

Pulled only by servitors in the absence of any devotees due to Covid pandemic, the chariot of Lord Balabhadra reached the Singhadwar first at 2.46 pm followed by Devi Subhadra’s Darpadalana at 3.06 pm. Finally, Lord Nandighosa, the juggernaut of Lord Jagannath finally arrived at Srimandir. 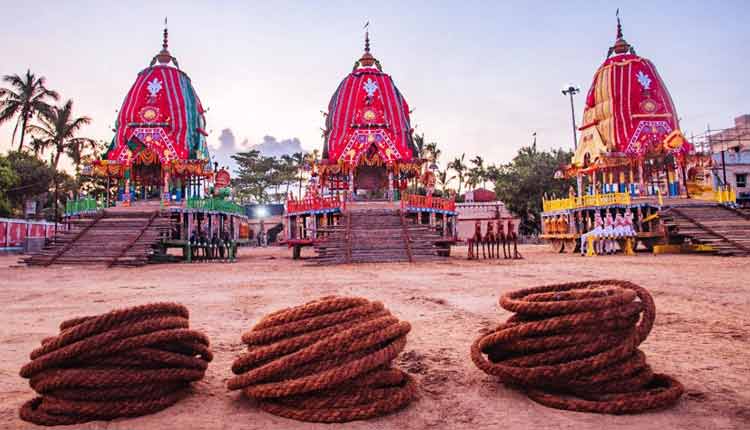 During his homecoming journey, Lord Jagannath was offered Poda Pitha after his chariot halted for some moments at Mausi Maa Temple as per the tradition.

Earlier, the deities were escorted out from Gundicha temple after observance of Mangala Alati, Mailama, Tadapalagi, Roshahoma, Abakasha and Surya Puja in the early morning. 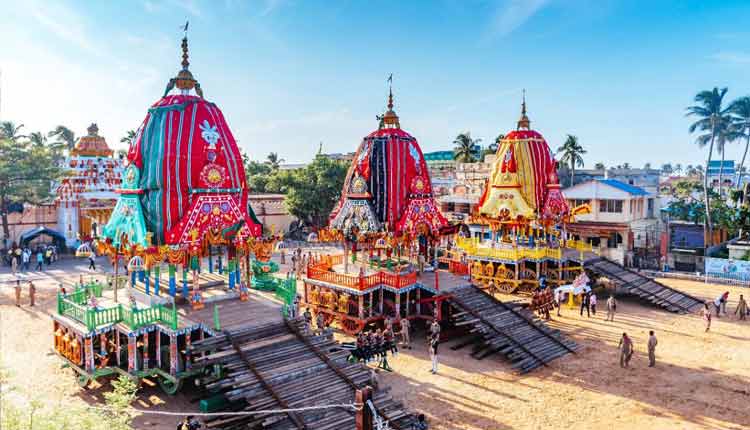 Initially, Chakraraj Sudarshan was ushered out of the Gundicha temple on the ceremonial pahandi and placed on the chariot. Later, Bada Thakura Balabhadra, followed by Devi Subhadra and finally Mahaprabhu Jagannath made their way to their respective chariots one after the other.

Gajapati Maharaja performed Chhera Panhara rituals on the three chariots at around 10 am as per the schedule. Subsequently, the servitors conducted the Charamala Phita (untying of ropes), fixing of the wooden horses and charioteers (Sarathi) for the pulling of chariots which began at 12 pm. 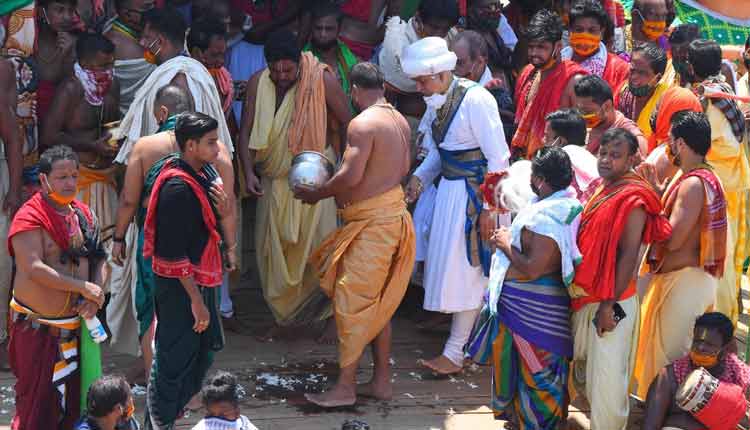 As per the tradition, after reaching Srimandir the three chariots of the deities will be parked outside Singhadwara for series of rituals over the next three days starting with the Suna Besha tomorrow followed by Adhara Pana on July 3 and lastly, the festival will conclude with the Niladri Bije the after that.

This year, Rath Yatra is being held without a congregation of devotees as per the direction of the Supreme Court. Elaborate arrangements have been made in the pilgrim city in view of BahudaYatra. As many as 70 platoons of police forces and 400 officers have been engaged to ensure that the festival is completed smoothly.

On the other hand, the temple administration is gearing up for Suna Besa of the deities.

“I am hopeful that devotees can have smooth darshan of the Lords during Suna Besa from their homes. Just like Bahuda Yatra and Gundicha Yatra, we will try to keep a few number of servitors on chariots during Suna Besa and Adhara Pana so that devotees can have smooth views of the Lords from their homes,” Suresh Mohapatra, chairman of temple managing committee said.