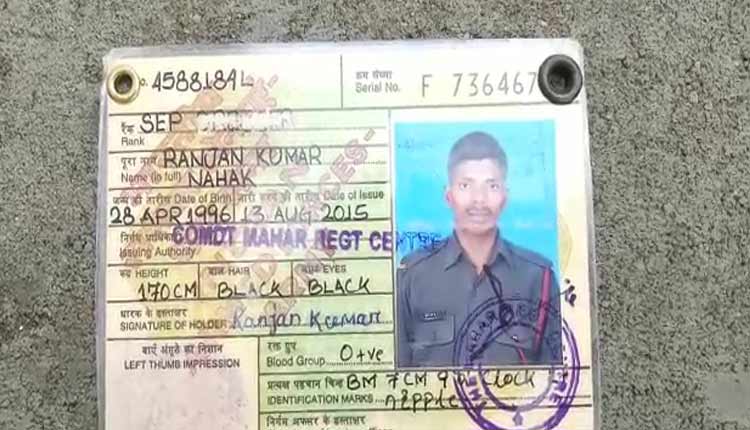 Berhampur: Police have detained 10 persons in connection with the death of an army jawan in Badula village of Ganjam district. The deceased has been identified as Ranjan Kumar Nahak (27) of Sahaspur village of the district.

Following the incident, the trio was rushed to Aska hospital where the doctors declared Ranjan dead.

“I don’t know who are involved, but my son has been killed. My son had come home and would have resumed his duty after August 24,” said Rushi Nahak, deceased Ranjan’s father.

Dhiresh Das, Inspector-in-charge of Gangapur Police Station informed that already a case has been registered and 10 persons have been detained and further probe is underway.

GoI, DoT To Get Zero Proceeds Against AGR Dues Of Rs 30K Cr In RCom

Chandrayaan-2 Completes A Year Of Orbiting The Moon