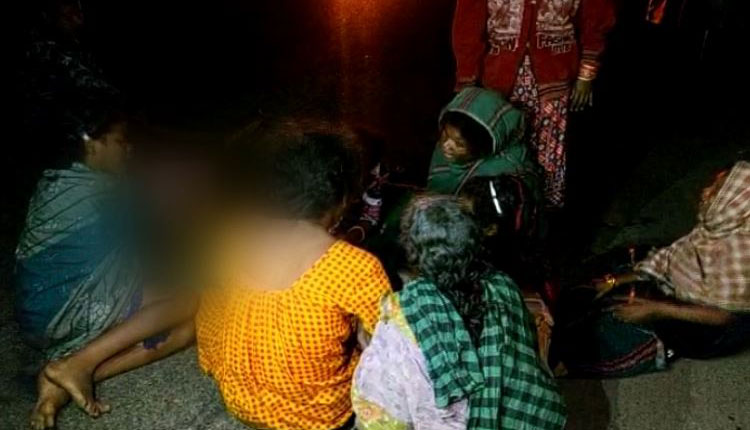 Angul: Residents of Srirampur village in Pallahara area here staged a road block following the death of a man in an elephant attack late on Friday night.

The deceased has been identified as Anadi Handiari.

According to sources, Handiari was attacked by the jumbo when he was guarding his agricultural land. He died on the spot in the attack.

Following Handiari’s death, locals blocked the road demanding compensation. However, they later withdrew the protest after getting assurance from the police and forest officials.

Notably, a herd of 17 elephants have been wreaking havoc in Batisuan and Dimiria panchayats under Pallahara forest range since last one month. Even after repeated complaints, the forest officials have failed to drive away the pachyderms, the locals alleged.

“The Forest department is not taking any steps to chase away the elephants. A man died in an elephant attack today. We demand Rs 5 lakh compensation other than the Rs 4 lakh compensation announced by the government,” said Nigamananda Sahoo, a villager.

“At first we will give 10 per cent of the Rs 4 lakh compensation to the deceased family and then 25 per cent within a week. Later, we will release the remaining amount after the family brings the legal hire to us,” said Peter Tiga, ACF of Deogarh forest division.

In a related incident, a tusker from Jharkhand forest continues to wreak havoc in Nilagiri area in Balasore. The elephant has reportedly damaged acres of paddy crop.

Notably, this is the very time when an elephant has strayed into the locality, locals said.