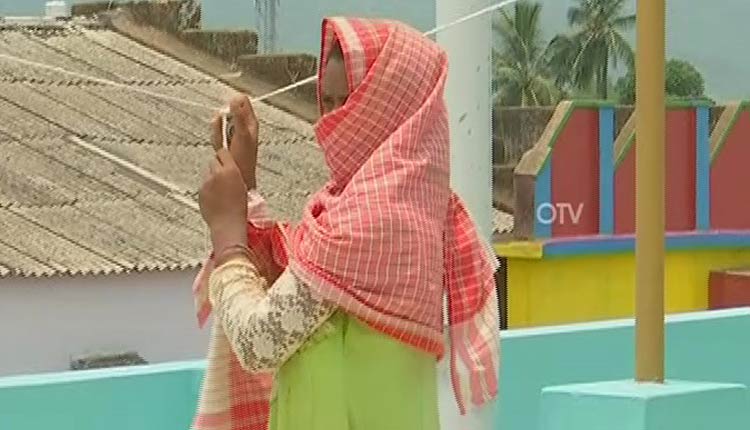 Koraput: Even in the 21st century when mankind is looking at exploring the sun, social stigma fuelled by regressive practices continues to scar the progress and advancement of the society. Such an incident has been reported from a village in Jeypore area of Koraput district where the social evil of caste prejudice has brought unbearable suffering for two bereaved sisters.

Being the only children of the family, the two girls, who lost their father last month had to perform the last rites and lit the funeral pyre. However, the girls found no help from villagers for conducting the 10th-day obsequies of their father. Exacting punishment on the bereaved sisters for their decision to eat at a feast organised by a person from a different caste, the villagers did not cooperate & shunned the 10th-day rituals. Using the tragedy of the sisters as leverage, the villagers held a kangaroo court and asked the girls to shave their heads as a remedy for their alleged offence of participating in a feast organised by another caste. After getting the girls tonsured, the 10th-day rites were conducted.

“Does anyone tonsure a girl? People are laughing at me. I cannot even step out of my home,” said one of the bereaved sisters.

Condemning the incident, a local, Kamal Lochan Naik said, “This is unacceptable. I strongly oppose such inhumane act.”

Commenting on the matter, the village chief, Jagu Mali said that people used to humiliate them after they attended the feast of another community and hence, in the village committee meeting it was decided to tonsure them to induct them back into our caste.

Jeypore sub-collector, Lokanath Dalabehera termed the incident as a social evil and said, “The matter will be investigated and stern action will be taken against those found guilty.”

He further said that some people have such a dangerous mindset may be due to ignorance and lack of knowledge, but steps will also be taken to create awareness.

Missing Minor Girl From Bolangir A Victim Of Human Sacrifice, Police Reveal She Was Killed By Own Brother